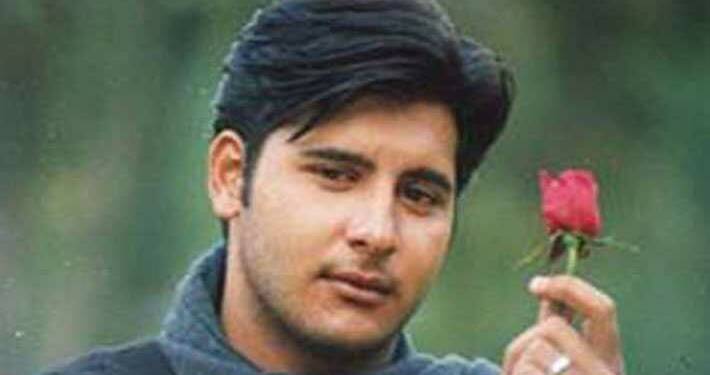 Abbas as Mirza Abbas Ali is a former Indian actor and model from Kolkata, who has predominantly appeared in Tamil and Telugu films, and a few films in Malayalam, Hindi and Kannada. He was born on 21 May 1975. He made his debut with Kadhir’s Kadhal Desam in 1996. In this article we are going to talk about the biography, career, notable works, films and family of Actor Mirza Abbas Ali so read the article till the end.

Kadhir was impressed with Abbas’ performance and invited him to a screen test for Kadhal Desam (1996), before eventually signing him on to play a leading role.

Unfamiliar with the Tamil language, Mirza Abbas Ali memorised his lines on the set of the film and Kadhir began the shoot with easier portions, in order to ease Abbas into his role.

Featuring alongside Vineeth and Tabu, Kadhal Desam became a critical and commercial success and Abbas was dubbed by the media as a “heart-throb” and garnered several more acting offers.

His busy schedule meant that he missed out on various successful films including Kadhalukku Mariyadhai (1997) and Jeans (1998), and the Tamil films he appeared in such as Jolly (1998) Ini Ellam Sugame (1998), Aasai Thambi (1998) were predominantly box office failures.

Meanwhile, the success of Kaadhal Desam’s dubbed Telugu version, allowed him to make a breakthrough in Telugu films and his next ventures Priya O Priya (1997) and Rajahamsa (1998) were profitable. He also appeared in the youth-centric Kannada film, Shanti Shanti Shanti (1999), featuring alongside debutant Madhavan for the first time.

Following a spell of commercially disappointing Tamil films as the lead actor, Abbas worked on several prestigious films in the early 2000s as a second hero. He appeared as Rajinikanth’s son-in-law in Padayappa (1999), before portraying the role of a doctor in Kamal Haasan’s historical film, Hey Ram (2000).

Mirza Abbas Ali was born on 21 May 1975. He married Erum Hussain Khan, in 1997. Erum after marriage launched her own label known as Erum ALi & EA Bridal Lounge. The couple have two kids a daughter Emira & a son Aymaan. Erum designed costumes for movies’ notably Aayirathil Oruvan and Guru En Aalu where his co-star Madhavan’s wife, Saritha, too worked as designer.

Abbas grew up watching Hindi films. His maternal grandfather being an actor Farrukh Mirza acted in Neel Darpan (Bengali) and his paternal family being related to actor Feroz Khan. He partook in modelling assignments since his college days won “Face of 94” in Bangalore.

Initially, after hearing that director Kadhir was looking for a new actor for his latest venture, Abbas had recommended his friends who knew Tamil to audition and took part in a speculative audition at the insistence of his friend.

Mirza Abbas Ali then appeared in Rajiv Menon’s multi-starrer Kandukondain Kandukondain (2000), in which he was paired with Aishwarya Rai, and the film went on to win positive reviews from critics.

With multi-starrers diminishing in Tamil cinema, Abbas appeared in some low-budget ventures such as Unarchigal (2005) and 47A Besant Nagar Varai (2006), before opting to pursue anti-hero roles.

He starred as a womaniser in the horror film Shock (2004) and Thiruttu Payale (2006), and then also played a comic villain in Sadhu Miranda (2008) and Guru En Aalu (2009). In 2010, he made a return to Kannada films with the family drama Appu and Pappu, portraying the father of young boy.

In recent years, Abbas has appeared in television serials, while he also portrayed scientist Prasanta Chandra Mahalanobis in Ramanujan (2014). As his acting career started to decline, He settled down in New Zealand with his family and is currently working as a Business Analyst. He also became a motivational speaker to teenagers who have suicidal thoughts.

We hope this biography article of Mirza Abbas Ali will be helpful for you to understand his journey and works.