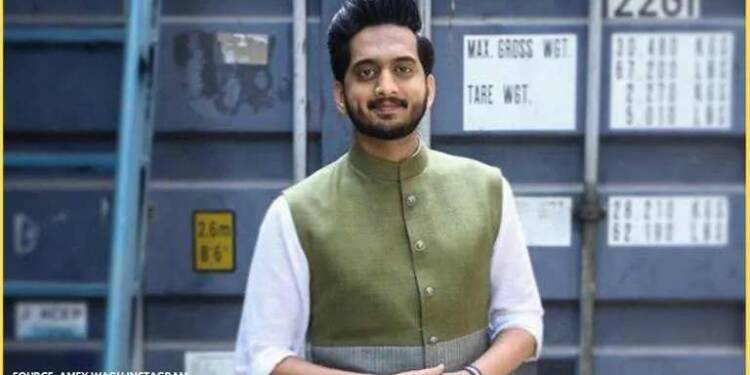 Amey Wagh is an Indian Marathi actor known for films such as Popat, Faster Fene, Muramba, Girlfriend. He was born on 13 November 1987 at Pune, Maharashtra, India. He was recently seen portraying Kushal in season 2 of Sacred Games and Rasool Sheikh in Asur- Welcome to Your Dark Side. In this article we are going to talk about the biography, career, notable works, films and family of Actor Amey Wagh so read the article till the end.

Amey Wagh is part of the theatre group, Natak Company. He auditioned for the role of Chatur in 3 Idiots in 2009 but he was rejected. He made his Bollywood debut in 2012 through the movie, Aiyyaa, where he played the role of Nana.

He made his marathi film debut through Sangeeta Pusalkar’s directorial, Aaicha Gondhal in 2008, starring Kuldip Pawar, as his father and Nirmiti Sawant, as his mother. In 2014, he was in an English play titled The Government Inspector. In the same year he was also seen in Shutter (2014).

He was also in the play Bombed in 2015.  The Marathi play, Amar Photo Studio, had Wagh in a lead role. He also starred in two popular Marathi TV serials Dil Dosti Duniyadari and its sequel Dil Dosti Dobara. He also hosted Zee Marathi Awards 2015-Utsav Natyancha Aplya Maitricha along with Pushkaraj Chirputkar.

He was ranked 5 in the Times of India-Pune’s Most Desirable Men list in 2018. His movie, Girlfriend, has released in July 2019. He hosted the food show Mrs. Annapurna (2014) on ETV Marathi and the dance reality show 2 MAD (2017) on Colors Marathi. He has also acted in the movie Mee Vasantrao, which was releasing on 1 May 2020 but is postponed due to the lockdown in India.

Amey Wagh was born in Pune, Maharashtra. He studied in Brihan Maharashtra College of Commerce, Pune. He began actively participating in play competitions since he began college. He lived in a joint family in Pune, consisting of around 65 members.

His family was in the transport business. He was in a relationship with Sajiri Deshpande for 13 years. After eventually he marrying her on 2 July 2017 at Shrutimangal, Pune.

He, along with Sunil Barve, donated the money from two shows of Amar Photo Studio to Chief Minister’s Relief Fund in 2018.

He does roles in many plays some of them are: – Amar Photo Studio, Bombed, Cycle, Dalan, Geli Ekvees Varsha, The, Government Inspector, Katyar Kaljat Ghusali, Natasamrat, Never Mind.

He was awarded Vinod Doshi fellowship in performing arts in the year 2015.

He won the award for Best Actor in a Leading Role (male) in the Film fare Awards Marathi 2018, for Muramba.

We hope this biography article of Amey Wagh will be helpful for you to understand his journey and works.