In geopolitics there are no permanent friends or permanent enemies but only permanent interests. Tunisia is also facing this reality 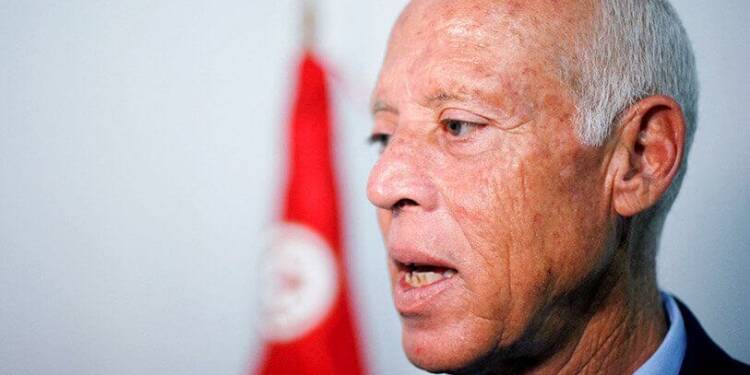 Tunisia, a small country in the north of Africa is the apple of the West’s eye. It has enjoyed this status due to its proximity to Europe. Due to its geographical proximity to the West, Tunisia thought that the West doesn’t consider it the same as a poor African nation. It was blinded by the West’s glimmer. Tunisia thought that it can be one of them but the West abandoned it which came as a shocker for Tunis.

Prior to the war, Tunisia used to gather its oil supply from Azerbaijan. The oil was supplied to it mainly through the Baku–Tbilisi–Ceyhan (BTC) pipeline. On the other hand, Tunisia’s major food imports originated from Ukraine.

Tunisia was a well-to-do country with its established links of supply chains which consisted majorly of food and oil imports.

This conflict came and changed everything. When geopolitical pundits all around the world will sit and talk about the biggest turning point of the 21st century, they all will agree that Ukraine-Russia conflict is that point.

This small conflict has turned so big that it has compelled the whole world to be involved in it. There is no country in the world which is not affected by this conflict. The same is happening with Tunisia. Tunisia is also bearing the brunt of the war in the face of supply chain issues, inflation and debt. The crisis is so deep that it doesn’t have one week of oil left in its reserves to run the country. Tunis residents are facing a shortage in fuel deliveries. The disturbance in the supply chain and long queues outside the petrol pumps have sparked fear among the masses. This hiccup with the latest economic blunder has pushed Tunisia to the brink of collapse.

Salouen Smiri, the official from the petrol sector has said to the Tunisian media that “The amount of fuel on the market is enough for the next 10 days, and another delivery is due on Monday,…”

Why is Tunisia’s crisis shocking?

The crisis in Tunisia has occurred due to its unreliable supply chain system and no backups during crisis times. It used to feed its population just from hand to mouth. Also, the West forced Tunisia to become overly dependent on it.

Ukraine, which is backed by the West, was the supplier of Tunisia regarding foodgrain supplies and Azerbaijan which is backed by NATO and the West was the supplier of oil to Tunisia. But after the Ukraine-Russia conflict started these countries started cutting supplies from Tunisia and diverting them to Europe. After Europe was pushed into crisis by the US and started to feel the heat of the war, it began scrambling for supplies and then, took the supplies which were originally meant for Tunisia.

This crisis along with inflation and debt problem became a nasty problem for Tunisia and its master came to the rescue. Through bilateral aid and bailout packages from the IMF, the US is trying to assure that its ally in the continent of Africa doesn’t slip away from its hands. But the efforts of USA will go in vain as the crisis in Tunisia has deepened so much that it cannot be revived only through money. The demands of Tunisia are oil and food which currently only Russia holds which is in its proximity. And due to this reason, it is good for Tunisia to join the Russian camp, which will happen sooner or later.