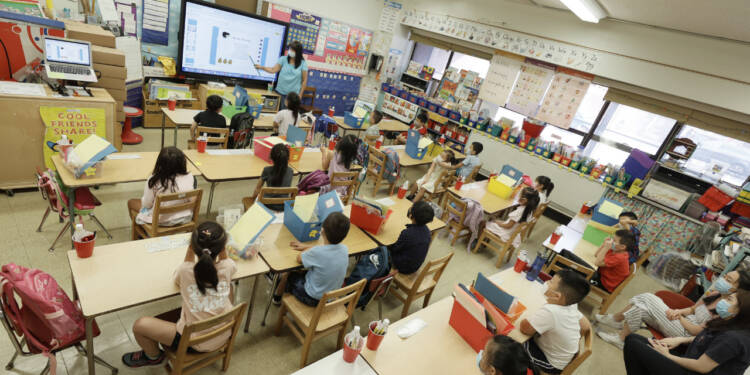 Every parent expects their kids to learn things in school they don’t know. Things that hold value in life. Unfortunately, Canadian parents are deprived of that. Schools in Canada are losing the real purpose of education. Most Canadian parents don’t even have a clue what their children are being taught in schools.

In his first academic year as the education director of the Waterloo Region District School Board in southwest Ontario, Jeewan Chanicka inspected the environment he found suspicious. He inspected schools to check the academic curriculum and made some extremely shocking revelations. He found curriculum resources that include sexual orientation and gender identity. But the path wasn’t that easy. He saw a number of harm threats levelled against him and his members of staff.

At least three internet threats of harm were made against Mr Chanicka and members of his team during that academic year, which he reported to the chief of police for the area.

Additionally, he blocked over 350 users in the final week of June who had deluged both his personal and official accounts with racist and abusive comments on social media.

During a board meeting in January, a now-retired teacher claimed that inappropriate sexual content was being exposed to students through library books. Prior to Mr. Chanicka’s address in June, a trustee also proposed a motion to look into how much critical race theory- which explores how racial bias in institutions results in systemic unfairness- was being taught to kids.

A couple of years ago, in Langley and Abbotsford, B.C., supporters advocating for a more inclusive educational environment faced a small but vocal group of counterprotesters who labelled LGBTQ-friendly curriculums and policies as a “dangerous agenda” that “abuses” children.

Read More: Ontario Schools are telling kindergarteners to choose their sex and get taught by skimpily dressed teachers

Accidentally bumping into an Ontario school’s library can leave you thunderstruck. They are full of books that talk about asexuality and transgender young people. A controversy transpired in January owing to the School board staff who were in the middle of reviewing library collections at schools to make sure they were appropriate and in line with the board’s equity, anti-racist lens.

Carolyn Burjoski, then an elementary school teacher at the board, raised concerns about two books available in elementary-school libraries – Rick by Alex Gino and The Other Boy by M.G. Hennessey – that she felt weren’t age-appropriate as they discussed asexuality and transgender youth.

Now, a question to a sane mind- how will all this impact the students in the country? Students reading age-inappropriate books. A curriculum discussing gender identity in the classroom. And are the parents aware of the liberal drive that is running in schools now?

Andy Knight, a distinguished professor in political science at the University of Alberta, suggested being dismayed that an ideological fight has found its way into the Canadian public school system, because “then you ignore the real purpose of education, which is to teach people about things that they don’t know.”

“A number of parents have been raising concerns that their kids are being taught critical race theory and that they are being shamed because they are white. Yet, many of those parents cannot identify any books being used in the classroom and most don’t have a clue what [critical race theory] is,” he added.

In Waterloo, trustee Mike Ramsay, who is running for re-election, said he received e-mails from parents concerned that critical race theory was underpinning lesson plans.

From a couple of years ago, many have raised concerns regarding the woke curriculum being taught to the students in the country but with a liberal and woke leader in the driver’s seat, nothing much has ever been done. Rather, they have been subjected to hate mails, Twitter attacks and voice messages saying they are going to their house to slit their throat at night or shoot them in their face.

‘Political indoctrination’ should have no place in the classrooms but with a hardcore liberal in power, it is being allowed to creep into the educational fabric of the schools in Canada. We see it’s divisive and wrong. Moreover, it’s not doing any good to the students who are believed to be the future of a country. Perhaps, woke Trudeau may think of it as an achievement but in actuality, this is becoming suicidal. Suicidal to the country’s future.

Read More: 2+2 is not 4, and n’th’ is white supremacy. Trudeau’s Canada is going bonkers!

Teachers are coming to schools dressed skimpily and calling mathematicians racists or saying “2+2=4” is white supremacy. They are asking students to choose their gender according to their will. All such bizarre things are now part of schools in Trudeau’s land.

This is an important issue which needs urgent attention as, as we said, what Canadians learn in schools and colleges defines the country’s future. And this is the only foreseeable reality if those in the driving seat keep pushing their agenda and disregarding the issue’s complexity.