By securing Russia’s interests in Armenia, France is killing two birds with a single stone 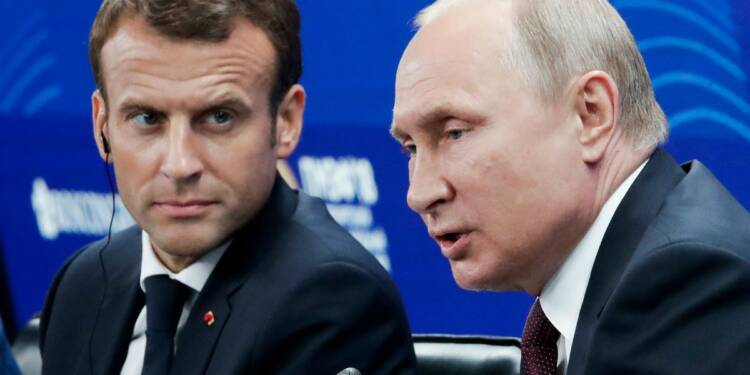 Last week, Armenia and Azerbaijan agreed to have an EU mission near their border. The expedition, which is scheduled to begin by the end of the month, will define the border between the two nations for up to two months, the council announced.

The agreement was reached following the meeting between the President of Azerbaijan Ilham Aliyev, the president of the European Council Charles Michel, and the Prime Minister of Armenia Nikol Pashinyan. The meeting took place in the backdrop of the first meeting of the European Political Community in Prague.

In 2020, a long-simmering conflict over Nagorno-Karabakh erupted into a six-week war between Armenia and Azerbaijan. Around 2,000 soldiers and civilians lost their lives in the clash. Armed drones and other weapons supplied by Turkey helped Azeri forces break past Armenian defences and usurp territories, including almost 40% of Nagorno-Karabakh itself.

Back then, it was Russia that brought peace to the region. Russia, which has a security agreement with Armenia, refrained from fuelling the war and adopted a neutral stance. When the Armenian PM sought military help, Putin turned it down saying that the security guarantee was for Armenia and not for the Armenians in Nagorno Karabakh.

Russia then brokered a ceasefire between both countries. Putin acknowledged Azerbaijan’s triumph because the truce with Baku permitted Russian peacekeepers to maintain a 5-year-long temporary presence in the region. This way, Putin saved Armenia from losing all of the contested territories.

The core of the enclave today lies outside the control of Azerbaijan. Russia calls the shots in the region, including controlling the Lachin corridor, which connects the enclave with Armenia.

EU couldn’t digest the fact that Russia kept Western countries out of the final talks and remained assertive in the South Caucasus. It has long tried to wade into the Nagorno-Karabakh peace process in a bid to undermine Russia’s influence. Such attempts got wings lately as Russia got occupied with the Ukraine war.

In April, EU officials surreptitiously met for the first time with the leaders of Armenia and Azerbaijan. EU President Charles Michael again met with the leaders for the peace negotiation at the end of May.

Soon after, in the first week of August, breaching the 2020 ceasefire agreement, Azerbaijani troops fired grenade launchers and employed attack drones, injuring 14 military personnel of Armenia and killing two others. The tensions rather than being put to an end grew.

Also read: The Armenia-Azerbaijan tensions are flaring up again as soon as EU chimed in

Since then, European officials have met several times with the leaders of both countries. But soon, Macron took the initiative to bring peace to the region on the behalf of the bloc.

Macron shares a special bonhomie with Putin. In contrast to other western leaders, Macron has maintained open lines of communication with Putin, talked with him multiple times, and visited Moscow before the conflict to calm down the tensions. Though, his efforts failed because the US and other western powers continuously financing and fuelling the war in Ukraine. So, when Macron saw another war being fuelled by European Union, he chimed in.

He realised that earlier the EU was tilting towards Azerbaijan because of Baku’s energy exports to the bloc. But, Macron changed the strategy and adopted a neutral approach.

The European Union made the decision to send a 40-person civilian mission to Armenian territory along the Armenia-Azerbaijani border. The objective is to assist the parties in establishing the boundary and settling any delimitation-related disputes. The mission was first planned to be deployed on the Azerbaijan side. President Ilham Aliyev stated on Friday at the CIS summit that Baku has firmly rejected an effort to send a civilian mission of the European Union to the Armenian border from the Azerbaijan side.

With this plan of action, Macron will uphold Russia’s path of not fuelling the war. Azerbaijan is not happy with things moving forward. Macron here has secured Russia’s interests and put a break to European Union’s bias towards Azerbaijan because of energy imports. Thereby, killing two birds with a single stone.

‘Make yourself at home,’ Trudeau unleashes 500 alien criminals on Canada