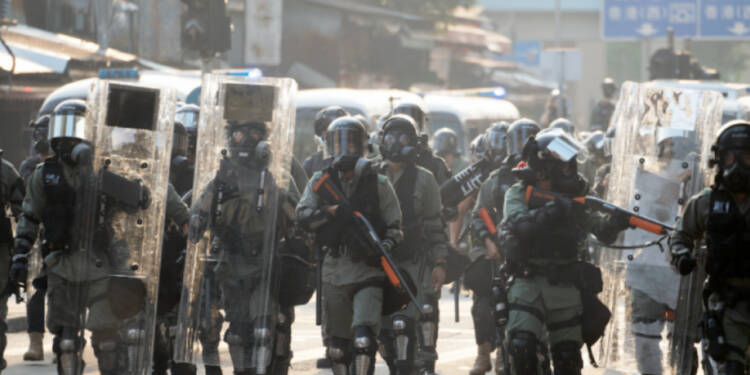 Almost two years ago in 2020, the Integrated Homicide Investigation Team (IHIT) of Canada announced the death of a Chinese 41-year-old woman, Bo Fan. She died in British Columbia. Bo Fan succumbed to her injuries after being beaten brutally. Prior to this incident, another suspicious incident was reported in 2018, where a man named Banana Joe Clemente was driving down the road on Salt Spring Island when he spotted something out of place. He spotted several dozen Chinese troops marching together down the road as if they were some kind of invasion force. Of course, it is a bizarre sight in Canada. The question remains unanswered what were these troops doing there?

Who killed Bo Fan and why was she murdered? According to reports, Bo Fan appeared to be savagely beaten up, and her femur, the strongest bone in the human body, appeared to be “destroyed.” Fan’s brother and sister-in-law took her to Peace Arch Hospital in BC, where she later died.  The Homicide Investigation team then allowed Bo Fan’s brother and her sister-law to leave Canada just after the murders happened, saying that the couple is not aware of anything that would impede their ability to travel internationally.

Yes, reports say Bo Fan was in association with an organization called “Create Abundance” or “Golden Touch”, which has been identified as a pyramid scheme in China. The organization has also left many mysteries in Canada, including the women training in military uniform on Salt Spring Island.

Although Integrated Homicide Investigation Team reported that Ms Bo Fan was a citizen of China and had been in Canada since February 2019, a mandarin article published on February 15, 2018, listed Ms. Fan as Golden Touch’s contact person in Vancouver. This place is not far from where Fan was found with “extensive and serious” injuries that later caused her death.

What is Golden Touch? Explained

A Chinese-language Golden Touch recruitment brochure obtained by CTV News refers to Golden Touch as a global communication organization “committed to the spreading of spiritual wisdom of Chinese culture.” It boasts that through lectures and coaching and retreats to places like Bali, members across 33 countries and regions “have their dreams fulfilled about wealth, health, and the power of influence.” At the bottom of one page is a line in English: “One Click Will Change Your Life.”

The CTV News investigation, along with documentary filmmaker Ina Mitchell, leads to two islanders who have a connected story. The search to learn more about Bo Fan’s employment with the company leads to the remote northern end of Salt Spring Island.

IHIT’s officials, however, have said that he didn’t want anyone to assume that Golden Touch or someone connected to it was responsible for Fan’s death.

If they are to be believed, then was the cult the brainchild of the CCP’s United Front Work Department-which reports directly to the CCP’s Central Committee- so as to enable covert operations in Canada and elsewhere?

China has its eyes on Canada’s resource-rich the Arctic, some 40% of the country’s landmass, and the coastline for the Northwest Passage shipping route that connects the Atlantic and Pacific. It was dealt a setback in 2020 when national security concerns led Canada’s federal government to block the Shandong Gold Mine acquisition.

All of this leads to the ultimate question. While IHIT searches for clues to Bo Fan’s murder, Create Abundance is now the focus of Canada’s counter-terrorism force, the Integrated National Security Enforcement Team.

What did Bo Fan know about and why was she murdered? It still remains a mystery!