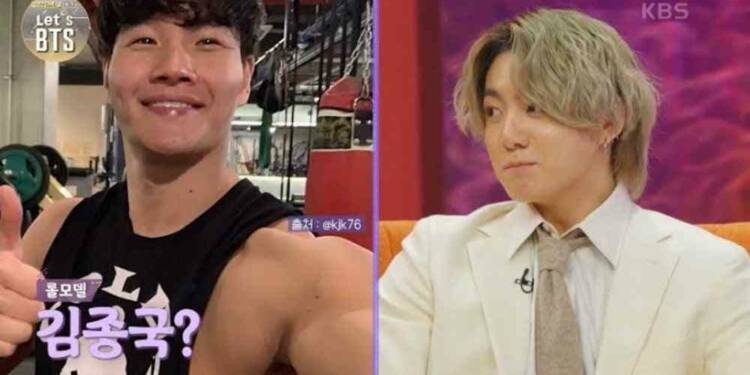 Kim Jong Kook is a South Korean singer, entertainer, and actor. He was born on April 25, 1976. Kim debuted as a member of South Korean duo Turbo in 1995. In this article we are going to talk about the biography, career, notable works, films and family of Actor Kim Jong Kook so read the article till the end.

The duo was considered to be one of the most popular idols in that time- and sold-out millions of albums in South Korea and Asia. Following the disbanding of the duo in 2000, Kim released his debut solo album, Renaissance, in December 2001.

Kim Jong Kook was born on April 25, 1976, in Yongsan, South Korea. His family consists of his parents and an older brother, who is a doctor. Kim attended Myeong Hak Elementary School, Shin Seong Middle High School and graduated from Hansei University in BA (music composition). He then obtained a master’s degree from the Pop Culture Performing Arts – School of Arts Department of Dankook University. Kim Jong-kook is able to speak English in addition to his native Korean.

Kim is the uncle of singer Soya. Kim is known to be good friends with Jang Hyuk, Cha Tae-hyun, Hong Kyung-min and Hong Kyung-in. The five are known as the “Dragon Brothers” because they were all born in 1976, the year of the dragon.

On August 27, 2010, Kim received a lumbar microdiscectomy surgery to relieve a herniated disk. Kim’s management company, 101 Entertainment stated, “Kim Jong-kook carried on with his daily activities without knowing that he had a ruptured disk. However, he did feel pain, but did not think much of it, and he endured his condition with painkillers while filming SBS Running Man.”

In January 2015, he was a guest on the popular talk show, Healing Camp, where he shed light on many personal controversies, including his choice to work as a public service worker instead of an active-duty soldier during his mandatory military enlistment, which was partly due to the aforementioned back issues. In December 2019, his hernia surgery was documented on My Little Old Boy.

Kim Jong kook first entered the Korean music industry in 1995 as a member of the duo, Turbo, which became immensely popular for their catchy music. After the duo disbanded a few years later, he became a solo singer in 2001, mostly concentrating on ballads.

Kim Jong-kook had a setback after Turbo as he faced difficulties settling down as a solo artist. Problems like lack of songs from composers, less support from his respected agency, and also a change of taste within the fans caused his first album as a solo artist to fail. However, he made a successful comeback with his second album Evolution in 2004, which spawned the hit single “One Man”. Kim then became a permanent cast member of the popular variety game show, X-Man, which further raised his popularity.

It was announced in late April 2008 that the singer would end his military service on May 23, 2008. On that day, he was greeted by fans, and during an interview, he said that he was “relieved”. His fifth studio album, Here I Am, was released on October 22, 2008, with songs such as “Today More than Yesterday” and “Thank You”.

Kim also returned to television, becoming a permanent member of reality-variety show Family Outing since episode 19, part of SBS’s Good Sunday lineup. Family Outing has become one of the top-rated shows in Korea, consistently achieving the highest ratings for the Sunday mid-afternoon time-slot, and has gained online popularity among Hallyu fans.

In 2010, Kim became a cast member of SBS’ variety show Running Man. In 2011, he won the “Best TV Star Award” at the SBS Entertainment Awards. Kim gained pan-Asia popularity from the show, becoming one of the most searched Korean stars in Singapore, and having his showcase there sold out with more than 1,700 fans in attendance.

Kim Jong Kook also enjoyed success in China, where he consistently topped polls such as being voted #1 Korean singer on the Chinese streaming website, Tudou, and being ranked second most popular Korean male celebrity on Baidu.

On December 19, 2020, Kim made history by becoming the first male celebrity, and 2nd person ever to win a Daesang in both Music and Entertainment. He received the Grand Prize Award (Daesang) at the 14th SBS Entertainment Awards for his participation in Running Man and My Little Old Boy.

We hope this biography article of Kim Jong Kook will be helpful for you to understand his journey and works.