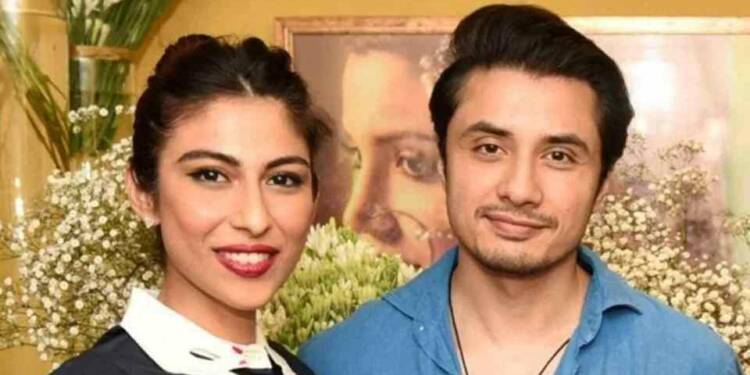 Meesha Shafi is a Pakistani-born Canadian singer, actress and model. She was born at Lahore Pakistan. In this article we are going to talk about the biography, career, notable works, films and family of Actress Meesha Shafi so read the article till the end.

Meesha Shafi made her film debut with a supporting role in the 2013 Mira Nair’s film The Reluctant Fundamentalist. She achieved further critical success for her role of Laxmi, an Indian spy agency Research and Analysis Wing’s operative, in Bilal Lashari’s action thriller film Waar, which ranks among the highest-grossing Pakistani films of all time in Pakistan.

Shafi made her screen debut with the 2006 serial Muhabbat Khawab Ki Soorat on Hum TV. She then appeared in Geo TV serial Ye Zindagi To Woh Nahi in 2007.

She then acted in Bilal Lashari’s Pakistani film Waar, alongside Shaan Shahid. Her portrayal of Laxmi, an Indian spy agency Research and Analysis Wing’s operative was critically praised by the Pakistani media. The movie won her the ‘Best Supporting Actress’ award at the ARY Film Awards in 2014.

In 2016, Shafi has a lead role in the TV costume drama Mor Mahal which is set in the mid-19th century.

Shafi started her singing career with the band Overload with her husband, but left in 2011. Shafi sang along with the internationally acclaimed folk singer Arif Lohar on Coke Studio Pakistan Season 3, with the song “Alif Allah (Jugni)”. The single, originally composed and performed by Lohar, gathered over 20 million+ views on YouTube, was the most-viewed Coke Studio song ever, until it was overtaken by “Tajdaar-e-Haram”, and was used in several films like Cocktail, Diary of a Butterfly and Jugni.

She sang a rendition of the folk song “Chori Chori”, which received mixed reviews. She returned to Coke Studio (Season 5) in 2012 when she sang “Ishq Aap Bhi Awalla” with the Chakwalees and sang a ghazal by Faiz Ahmad Faiz, “Dasht-e-Tanhai”.

Meesha Shafi was born in Lahore, Pakistan 1981 to actress Saba Hameed and Syed Pervaiz Shafi. She did her A Levels from Lahore Grammar School and graduated with a degree in fine arts from National College of Arts in 2007. In 2016, Shafi became a Canadian citizen.

Shafi’s maternal grandfather, Hameed Akhtar, was a novelist and newspaper columnist, president of the Progressive Writers’ Movement, and editor of Urdu daily newspapers including Imroz and Nawa-e-Waqt. In 2008, she married musician Mahmood Rahman. The couple have two children, a daughter named Janevi, and a son named Kazimir.

Meesha Shafi entered the modelling industry at the age of 17, when she starred opposite Jawad Ahmed in the music video for the song “Bin Teray Kya Hai Jeena”. In 2009 Shafi became the brand ambassador for L’Oreal Paris Pakistan. She has featured in many Pakistani magazines and in international publications such as L’Officiel and Vogue India.

In July 2017,Meesha Shafi joined Fawad Khan and Farooq Ahmed in the audition round as judge while Khan, Shafi, Atif Aslam and Shahi Hasan were the judges in the knockout round of Pepsi Battle of the Bands Season 2. Ayesha Omer is the host of the season.

Shafi also went on to judge Season 3 and 4 of Pepsi Battle of the Bands.

We hope this biography article of Actress Meesha Shafi will be helpful for you to understand her journey and works.