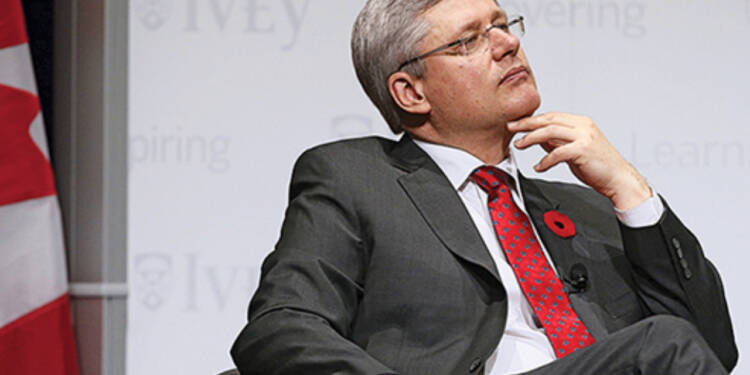 The famous saying ‘The pot calls the kettle black,’ seems true for liberals. A country with unlimited resources, a massive amount of territory and a small population was poised to be exploited at the hands of liberals. A country with massive food production potential, nearly unlimited oil and gas reserves, and incredible mining potential. What are you imagining? At this point, perhaps it can be Canada but unfortunately, the country is not standing up to your expectations.

Food crises, energy crises, inflation, and medical mess are can define the status quo in the country. And who is to blame for that? Liberals or conservatives? The liberals believe that it is the conservatives to be blamed.

The liberals have found a scapegoat in Stephen Harper and are blaming him for the ‘energy poverty’ that the Canada is facing.

The opposition pointed out that Canadians are preparing for the winter months while they continue to cope with growing energy expenses during Question Period on Tuesday, and Liberal environment minister Steven Guilbeault decried what he called “energy poverty.”

Guilbeault blamed Stephen Harper, the Liberals’ favourite scapegoat, rather than offering an explanation for why his Liberal colleagues had failed to address the issue during their seven years in power. He claimed that nearly 10 years of Conservative rule from 2006 to 2015 were responsible for the current state of the nation.

Read More: Canada loses $ 150 bn of its worth because of Trudeau’s green energy madness

“It’s interesting … that they would talk about energy poverty,” Guilbeault replied, “because when they were in power, you know the first thing that they did? They cut energy efficiency projects for the lowest income Canadians.”

But are the Trudeau liberals making sure that Canadians can afford to heat their homes this winter? Certainly not. Because instead of ensuring that they are busy shifting blames. The liberals have been in power for more than 7 years now, then why were they not able to fix the problem? Instead of explaining why his liberal colleagues couldn’t do anything to counter the ‘energy poverty’ Guilbeault is passing the blame.

“If there’s energy poverty in this country,” he concluded, “it’s because the Conservative Party were in power for ten years.”

Deputy Prime Minister Chrystia Freeland also promoted the government’s proposal to “double the GST tax credit,” which would provide households with an average $500 in inflation relief.

Be it anything, we know how the liberals have failed in utilising the country’s true potential. Ever since they came to power, they have been ignoring calls to utilise Canadian energy in the garb of their green goals. But where has it led Canada? In a state of ‘energy poverty’. The country has already lost whopping billions of dollars because of Trudeau’s green energy madness, and if we talk about Canada’s energy producers, Trudeau has left no stone unturned to hurt their revenues and profits. In the garb of his green goals, he has choked the energy sector of Canada, which is facing the brunt of his green activism.

Nearly $150 billion worth of energy projects have been shelved in Canada. A number of projects got stranded and investment opportunities got wasted that could have supported the local economy by producing taxes, employment, and enterprises on Trudeau’s land. But, as per liberals, Stephen Harper is to be blamed for all this mess.