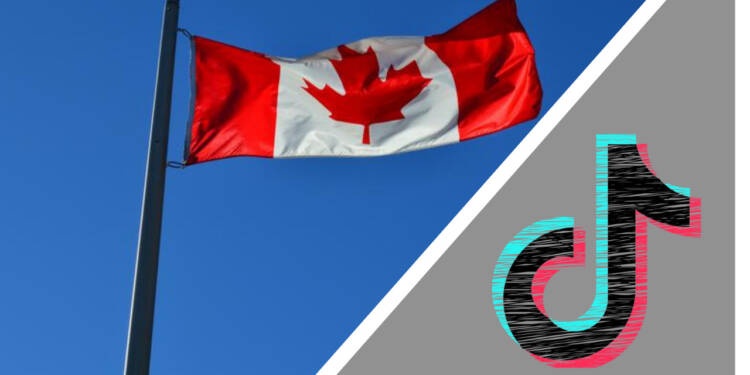 Ever since its launch, TikTok has been able to accumulate more than two billion downloads. It is one of the most popular apps at the moment, beating even Instagram or YouTube in consumption time in Canada, especially among the Canadian youth. But what implications does this excessive consumption of this platform have on its users in Canada? We have some scary facts to share with you.

TikTok has a lot to offer.  Though it seems like any other social media app, Tiktok has an offensive, harmful, and excessively negative side. The TikTok algorithm carefully notices which videos you interact with.

TikTok, a Chinese company, according to Douglas Murray, a renowned British author, is a piece of malware from China. It does seem true in the context of Canada. TikTok is distorting the brains of young Canadians and young people across the West who are using it for entertainment in the name of self-absorbed nonsense. Approx 40% of kids under 24 are using TikTok as a way to search for information, and that enables the CCP to control what you’re going to get to see.

Read more: Poor Canadians are now willing to legally die instead of living in Trudeau’s Canada

TikTok is corrupting the youth in Canada by feeding them their propaganda, and frankly, it has an enormously undignified effect on our society. And that’s exactly what the Chinese Communist Party intends. TikTok is basically more focused on the constant capture of all kinds of user data. In short, it is not recommendable for children or adults, particularly thanks to its sinister and addictive content recommendation system.

You see, by promoting woke content, Tiktok is promoting what it wants in Canada. A lot of content on Canadian Tiktok promotes green agenda and persuades young children to change their genders. And before anyone could realise it, they were already using this platform extensively. Because tiktok is not a video-sharing app. It is a mind control app. Once you get hooked on it, you become a part of it. TikTok can turn any nation into a nation of cross-dressing males, attention-hungry females, and culturally dead citizens. And that’s what exactly happens in Canada.

In Canada, TikTok will stop at nothing to boost the popularity of those in power. Tiktok algorithms undoubtedly encourage NDP leader Jagmeet Singh to display his luscious locks, but the same algorithms also make every effort to portray opposition leader Poilivere negatively. Videos on Canadian Tiktok attempt to show that Poilievre has racist policies, despite the fact that no policies were mentioned in the videos. Alternatively, the tiktok would like you to know that Poilievre’s fans are “extreme right-wing kooks, incels, and fringe voters.”

Today many young and not-so-young people who use TikTok today consider it fun, a way of expressing themselves, or even a vehicle for activism. But it’s not that, at least it’s not just that. It’s a dangerous Chinese weapon. It’s the application of Chinese philosophy on the internet. Today, people want to see everything, know everything, and analyze everything without limits, and that’s what makes TikTok very popular, giving China the opportunity to play its game.

The thing is that TikTok is so widespread that its influence is massive. One billion users visit the app per month, meaning that this information is easily accessible and quickly transmitted, and kids don’t know any better. Social media and technology are evolving so rapidly.

Kids in Canada are not having conversations with their parents about the content they see, they are developing opinions based on false information. It has taken many years to recognize Facebook for what it is and to try to bring it into line through boycotts: Canada must act now to limit TikTok and its wicked and suspicious activities.

Read more: Two days of enquiry into the unlawful invocation of Emergency act, and Trudeau is already exposed

TikTok is a public danger. TikTok collects the IP address; a unique number; the page a user is on; and what they’re clicking, typing, or searching for. TikTok can’t be fixed: its problems lie in its very conception and in the culture behind it. Far too many people spend far too much time on TikTok anyhow, whether it be procrastinating homework or other activities. It is like killing two birds with one stone if you control or do not use TikTok anymore.

Firstly, it will save you from the corruptive, poisonous environment, and secondly, not using TikTok will help you remove the source of procrastination. The advice is clear, avoid it like the plague. Don’t say you weren’t warned.