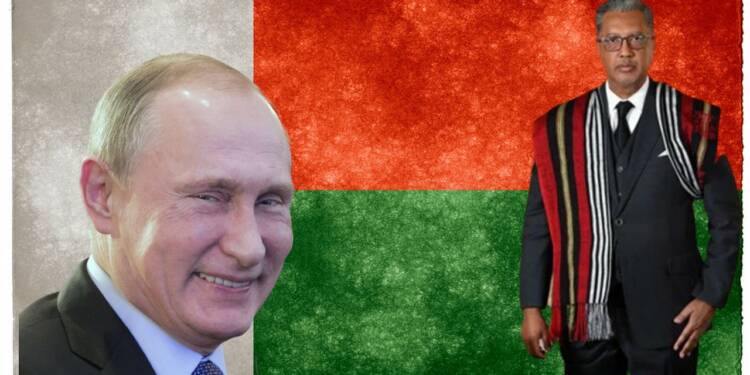 Richard Randriamandranto news: The Russo-Ukrainian war has had a profound impact on the world’s supply chains for essential minerals, food, oil, and gas. Together, Russia and Ukraine—often referred to as the breadbasket of Europe—export 29% of the world’s wheat, 80% of its sunflower oil, and 40% of its barley. Before the war, Russia supplied roughly 10% of the world’s oil, and only last year, 40% of Europe’s gas came from Russia.

You see, Madagascar has adopted a non-aligned policy in response to Russia’s invasion of Ukraine, despite invitations from the European Union and the United States to condemn Russia. However, on October 12, Madagascar, along with 142 other countries, condemned Russia’s “illegal annexations” in Ukraine, reversing the country’s policy since the beginning of the war.

The public TVM channel broadcast reported recently accusing the foreign minister Richard Randriamandranto of making this decision without consulting the head of state or the prime minister.

Many commentators regard the Russo-Ukrainian War as a watershed moment in international affairs that annihilated the post-Cold War international order. The conflict is also significant in the Global South, resurrecting non-alignment and independent foreign policy as geopolitical tensions between the West and Russia rise.

In addition to demonstrating Europe’s vulnerability in the absence of Russian oil and gas, the war has revealed that many countries in the Global South, particularly Africa, prefer not to support the West despite having capitalist economies, democratic political systems, and values that are nearly identical to those promoted by the West.

However, to say that all African countries have overwhelmingly supported Russia would be an exaggeration. Perhaps the best way to characterise the changing equations of African foreign policy is the growing independence and self-assertiveness that countries are frequently demonstrating. Africa is avoiding being caught in the crossfire of great power politics. But for how long the contemporary rigidity that encompasses many African countries’ foreign policies, as seen in the case of Madagascar, will serve its interests remains to be seen.