Germany is selling its visas to Russians 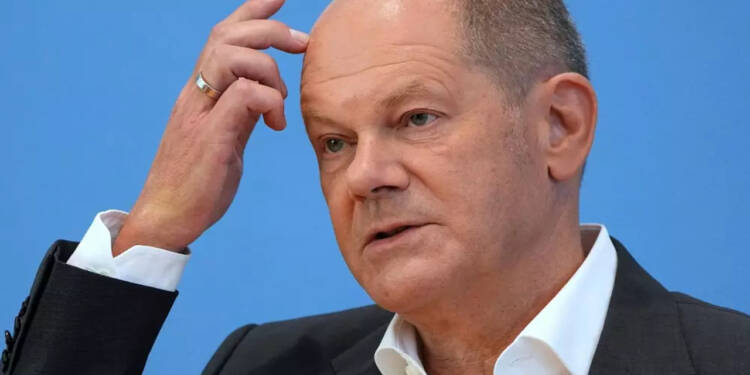 The German economy is facing a serious downturn. First, the coronavirus pandemic took a toll, and now the impact of the war in Ukraine is pushing the economy to the brink of a total collapse.

The German government has now slashed its growth forecast for this year and predicts the economy will shrink in 2023. The coffers are running dry and there is an immense shortage of labour which indicates that De-industrialization is in full swing.

However, Olaf Scholz might have got a perfect solution for saving the crippling Deutschland. But, this solution might require several Russian assets. Ladies and gentlemen, this may be the first instance in Europe when Berlin has started selling visas rather than granting them.

Ever since, Russia declared a “partial mobilization” of reservists in Eastern Ukraine, flights for the coming days from Russia to visa-free countries including Armenia, Turkey, Azerbaijan, and Serbia have seen a rise in Russians flocking from the nation. Whereas, lengthy lines were reported at Russia’s borders with Georgia, Finland, Kazakhstan, and Mongolia.

There is also an increase in visa applications and Germany has attempted to make fortunes out of it. Berlin has come up with an absurd demand. According to SchengenVisa news, Germany has announced it won’t issue Schengen Visas to Russians who don’t have a valid bank account in the EU.

This means that candidates who do not have accounts with European banks will be rejected by German authorities.

As the latest statement of Germany VisaMetric reads: “Only up-to-date statements issued in the applicant’s name from a verifiable bank operating in EU member states can be considered. The document must contain information about the current amount of funds in the account(s).”

From Businesses to Students!

This law covers all types of visas, including those for business, private visits, and medical assistance. Participants in cultural, scientific, and athletic activities must also have an account in an EU country.

Furthermore, the applicant must provide relevant statements from the bank account for the last three months,”

Ideally, it takes 5–6 months to qualify for a German visa from Russia for a lengthy stay, however, only 3 months of bank statements are required. To be really honest, this step is indeed surprising and very interesting from the German Authorities.

Germany has never been against accepting the Russians in the aftermath of the Ukraine war. Look, Germany previously announced that they would grant more residency permits to Russians who are persecuted for specific reasons such as political ones.

When the purported media reports of massive Russian protests in Moscow were coming out, German Justice Minister, Marco Buschmann had tweeted using the hashtag “partial mobilization” that “apparently, many Russians are leaving their homeland — anyone who hates Putin’s path and loves liberal democracy is welcome in Germany.”

Even, German Foreign Minister Annalena Baerbock had praised Russian anti-war protesters and welcomed them to Germany.

And now, Germany has come up with a condition that you need to open a bank account in the European Union first with some ideal amount of cash in it. Make it believe, this is a call to Russians that you first need to provide something to Berlin if you want to enter Germany and the rest of the European Union.

Killing two birds with one stone!

Make no mistake, here, Germany is killing two birds with one stone. First, Germany is calling for more bank account opening in the Union as it would give member states a little more time-window to save their face economically amidst a looming recession and falling Euro.

Second, German would make many Russian citizens of Germany and turn them into a resource for reviving the EU’s economic juggernaut, which right now is in complete shambles.

The lack of qualified labour compounded by the pandemic, an ageing population and now, the Ukraine war has deprived businesses in Germany as they fail to keep up with demand.

According to recent surveys, a record 50% of businesses in Germany are reducing productivity because of staffing issues, which is costing the economy as much as $85 billion annually. The manufacturers have already seen profits vanish as a result of the rising cost of living, particularly the most energy-intensive ones like producers of chemicals, glass, and ceramics.

However, the Russian population which might include businessmen and a good-earning youth might serve as a boon for the Deutschland.

Officials in European nations have tightened travel regulations and imposed harsh sanctions on Russians. But, last month, authorities in Germany said that they planned to make it easier for all skilled Russian workers who intend to work in Europe to acquire visas.

Berlin is aware that the majority of the populace leaving Russia has money saved up. This is the reason the country began selling visas to Russians. Olaf, that was a cunning manoeuvre that you undoubtedly assumed would go unnoticed.