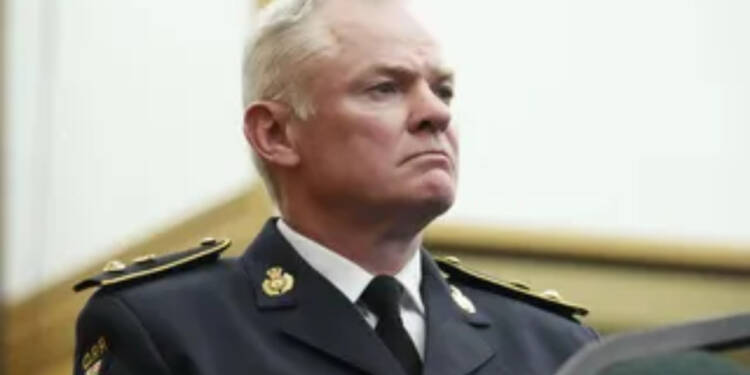 Truth cannot be kept hidden for very long, especially when it has a huge influence on thousands of lives. A truth that helps many people receive justice and exposes many evil doers. Although there was scepticism that the public inquiry into Prime Minister Justin Trudeau’s extraordinary use of the Emergencies Act might not reveal any such truth, it is clear that if the outcome is not planned, it is surely not going to be favourable for Prime Minister Justin Trudeau. He will be exposed throughout the hearing.

The intelligence chief of the Ontario Provincial Police dropped a bombshell on the Canadian Prime Minister this Wednesday when he revealed during the federal inquiry that he saw no “credible” information of a national security threat or extremist violence during the “Freedom Convoy” protests.

According to Tronto Star, Supt. Pat Morris, the head of the OPP’s Provincial Operations Intelligence Bureau, testified to an inquiry looking into the implementation of the Emergencies Act that his unit had found no concrete evidence of a threat of violent extremism.

“Everybody was asking about extremism. We weren’t seeing much evidence of it,” Morris said during his testimony.

During the convoy, he claimed that media reports and statements made by politicians painted an erroneous and “problematic” picture of the situation.

Morris said, “I was in a unique situation to understand what was transpiring. So when I read accounts that the state of Russia had something to do with it, or that this was a result of American influence, either financially or ideologically, or that Donald Trump was behind it, or that it was un-Canadian, or that the people participating are un-Canadian, that they were not Canadian views and they are extremists, that’s problematic.”

He also added that the official emergency declaration that the Liberal administration submitted to Parliament in February included the language used to describe the ongoing blockades was taken directly from the criminal code and other statutes that concern extremism or terrorism.

Now, these are the significant claims coming from a Provincial Police intelligence chief in the province where the protests were held. The public was waiting to hear the facts, which the chief spat out.

As we have constantly told you, the government and Canadian media attempted to present a false and misleading narrative throughout the Freedom Convoy protests. Without any basis or proof, Canadian media immediately attempted to associate the protests with foreign forces like those in the US or Russia.

The unprecedented deployment of the Emergencies Act during the Convoy is the subject of an inquiry that started on October 13 and is expected to last through November 25. The hearings have just been going on for a short while and already such truth bombs have been dropped. There is open and obvious finger-pointing between provincial and federal authorities. Various levels of authority’s incompetence have already been highlighted. However, such an egregious abuse of authority could not go unopposed.

Liberals and Justin Trudeau are unable to respond to critical questions when put on trial. Their plan to act wrong repeatedly and never correct it is now doomed to failure.