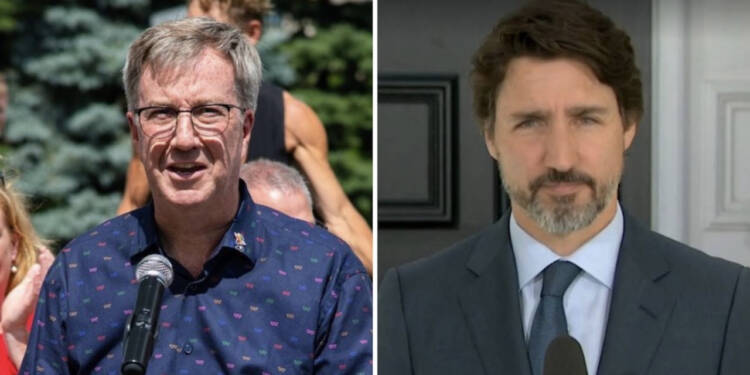 In February 2022, Justin Trudeau imposed the Emergency Act in Canada as a knee-jerk reaction to crush the rising dissent against the strict COVID-19 mandates imposed upon common Canadians.

This was for the first time since 1998 when the federal authorities imposed an emergency across Canada. However, civil rights organizations and other observers expressed concern over whether Canada had actually completed the onerous legal requirements necessary to invoke the measure.

Others have questioned if the act was even required or whether the government lacked the courage to put a stop to the protests using the instruments currently at its disposal. Trudeau and other liberals may say that imposing an emergency was necessary, but, the new cracks in the unity of the liberals are now out in the open.

This week, an independent panel headed by former Ontario Court of Appeal Justice Paul Rouleau has started hearings into Canadian Prime Minister Justin Trudeau’s use of an emergency measure to disperse anti-vaccine protesters who had blocked Canada-US border crossings and occupied downtown Ottawa.

Reportedly, these hearings are about to continue till mid-November and it will produce its judgment on the basis of testimonies from 65 witnesses, including convoy participants, Ottawa residents, law enforcement officers, municipal and provincial officials, and federal government ministers.

The Canadian Prime Minister is also expected to answer questions during the six weeks of public hearings. But, before that, his men in the Liberal Party are already spilling the beans.

It seems like the Mayor of Ottawa is disowning Justin Trudeau ahead of his crucial time, and this means, Trudeau might have to bear the brunt of the tragedy.

Reportedly, Jim Watson has passed the blame for the emergency on to Justin Trudeau. According to True North, the Mayor of Ottawa, Jim Watson has stressed in front of the Public Order Emergency Commission that neither he nor the City of Ottawa requested the invocation of the Emergencies Act.

Watson has stressed that he was neither consulted nor advised of the federal government’s intention of using the unprecedented measure. Though Watson didn’t ask for the Emergencies Act, he said he “very much supported” it afterwards because it was his duty.

As per the statements of Mr. Watson, “No one had raised the Emergency Act with us,” he stressed. The city of Ottawa didn’t request it, but he ultimately supported its use.

Not only this, Watson and Trudeau are tensely disagreeing over the matter of RCMP forces. The top adviser to the mayor of Ottawa wrote to Mendicino’s office and said that “you and I were lied for days” on the federal government’s alleged “non-contribution of major resources.”

The RCMP was accused of misleading the public about how many officers were made available to the city to deal with the Freedom convoy by Watson’s chief of staff.

The text messages exchanged with a number of senior federal political aides and shared with the Public Order Emergency Commission shed new light on serious misunderstandings between the two levels of government regarding how many police the RCMP actually loaned to the Ottawa Police Service (OPS) during the Freedom Convoy protests.

The official figures by federal authorities stress that 250 RCMP officers were provided to the city for a day. But, the mayor’s office has stressed that the number was nowhere near 250.

Furthermore, most of them were “committed to protecting federal properties and assets” in Ottawa. While the security of the city even the Mayor’s office was completely undermined.

Read More:Trudeau reduces Canada’s army to a disaster management force even as Russia breathes fire down its neck

Shying away from Punishment!

It is a well-written fact that Watson himself was an ardent supporter of Trudeau’s authoritative act. When Trudeau imposed an emergency on Canada back in February 2022, Watson criticized the truckers’ convoy and hailed Trudeau’s decision.

Watson had stressed: ” This (Truckers) reflects the serious danger and threat to the safety and security of residents posed by the ongoing demonstrations and highlights the need for support from other jurisdictions and levels of government,”

He is now denying his involvement in the declaration of an emergency. Make no mistake: many more testimonies, including those of other Liberal Party leaders, are still ongoing. Trudeau’s top officials would undoubtedly blame him for his absurd decision to declare an emergency. As the hearing continues, let’s hope that the independent body serves justice to the truckers who were targeted by the federal government.