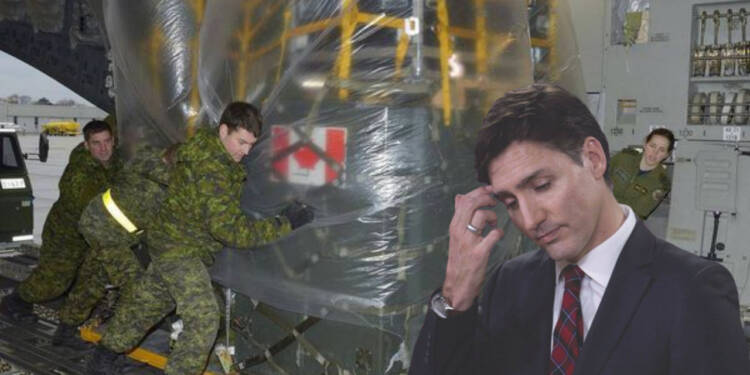 The Canadian PM Justin Trudeau has been a disaster to his country economically and politically. A plethora of Canadians under his rule have turned too woke for their own good and are now undermining the very spirit that makes the nation great.

Well and if it were not enough, the current Liberal government seems to have made no effort to solidify the national defense systems. On the other hand, they sure have directed the forces to drop their weapons and act as a disaster management team to earn their pay.

Former top national security adviser Richard Fadden warned a parliamentary committee on Tuesday that successive federal governments have relied too much on the military to handle crises at home.

He said domestic emergency operations — such as cleaning up after storms and fighting forest fires — distract the military from the training it needs in an increasingly unstable world — a point the Conservatives have been very vocal about.

Read More: When the US had almost poisoned and bombed Canadians

You see, Canada, as a part of the NATO alliance has for sure contributed to missions overseas. Although, locally the federal government seems to be over-reliant on the Americans. Ottawa has for long relied on the infamous section 5 of NATO to ensure its defense in case of any foriegn aggression.

The Trudeau administration seems to have taken the careless behavior to another level. He has undertaken no steps in the past decade to strengthen the disaster relief forces of the country.

The professional armed forces stepping in to help in disasters takes a toll on their training schedule that makes it dangerous for them to take part in dangerous missions.

The attitude adopted by the Liberals is outright unacceptable to the populace of the country. Global dynamics are fastly shifting and any country which fails to adapt will eventually pay the price. If we talk about the Atlantic, Russia has been the most aggressive since the dissolution of the Soviet Union and has been making dangerous advances.

Trudeau seems to be too naive to trust Washington to protect Canadian lands in case of an attack. The US is undoubtedly a major force but it has far too many powerful enemies like Russia and China.

Read More: Blinken has confirmed what we have been alleging since the bombing of Nord Stream Pipelines

A possible conflict between Russia and the US in the Arctic would surely threaten Canada’s sovereignty. You see, the area is far too big to be defended alone by Washington. It would take care of Alaska before it figures out a way to take care of Canada.

Moreover, Russia’s geography gives it an edge over the US. Washington would struggle to defend against a mighty enemy and even if it could, it would have to indulge all its resources which would force Canada to look after itself.

But, the grand old Liberal party believes that no one would dare challenge them because Uncle Biden would protect them. Well, guess what, Uncle Biden is very occupied fighting his own wars and even if he could defend the Canadians, he would not do it for free.