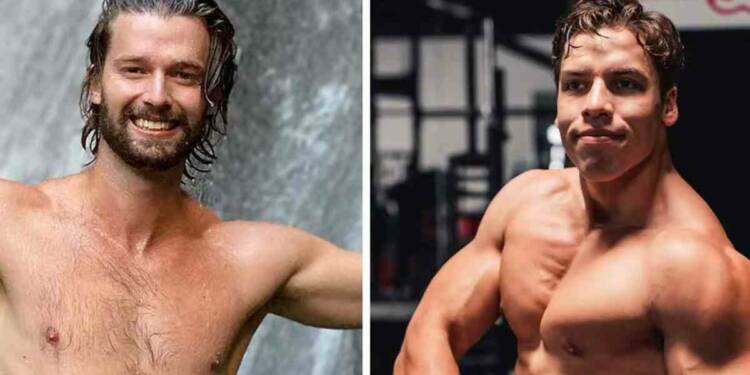 Joseph Baena is an American film actor, bodybuilder, fitness model and real estate agent. He was born on October 2, 1997. Despite being the son of Arnold Schwarzenegger, he chose not to use the same last name. In this article we are going to talk about the biography, career, notable works, films and family of Actor Joseph Baena so read the article till the end.

Joseph Baena was featured on the cover of the Men’s Health March 2022 issue, highlighting his fitness practices and his familial bonding with his father. He is a weight lifter. A gift from his father, The Encyclopedia of Modern Bodybuilding coauthored by him, assisted his training.

Baena is a contestant on the 31st season of Dancing with the Stars. Trying to distance himself from prejudgements, and creating his own grounds, “the young Arnold son says that he is not just breaking down the ‘dance floor’ but is also ‘breaking the barriers in his family.’ His body type, flexibility and fitness training are not particularly well adapted to dancing, so he personally foresees challenges.

Joseph Baena was born in Los Angeles, California on October 2, 1997, the son of Arnold Schwarzenegger and Mildred Patricia “Patty” Baena. He is the stepson of Rogelio Baena, and the maternal half-brother of Jackie Rozo of his mother’s side.

He is the paternal half-brother of Katherine, Christina, Patrick, and Christopher Schwarzenegger of his father’s side. His paternal half-brother Christopher was born 5 days earlier on September 27, 1997. He is of Austrian and Guatemalan descent. In 2010, at the age of 13, Baena first learned the identity of his real biological father, which was revealed the day after Schwarzenegger ceased to be governor.

In 2011, Joseph Baena achieved some notoriety in tabloids when Schwarzenegger admitted conceiving him in an adulterous affair with a former household staffer, Mildred Baena, while he was married to Maria Shriver. In 2019, Baena graduated from Pepperdine University in Malibu, California.

He offered the opinion that physical fitness became his watchword because, “I couldn’t keep up with the other guys.” In a podcast interview, he confessed that he was both unfit and bullied. In college, he had an Epiphany: “I was like the chubby kid in my… crew, and, um yeah. It wasn’t until I joined swim my sophomore year…” When he could not run, leaving him unfit for soccer and basketball, he settled on joining the swim team.

We hope this biography article of Joseph Baena will be helpful for you to understand his journey and works.