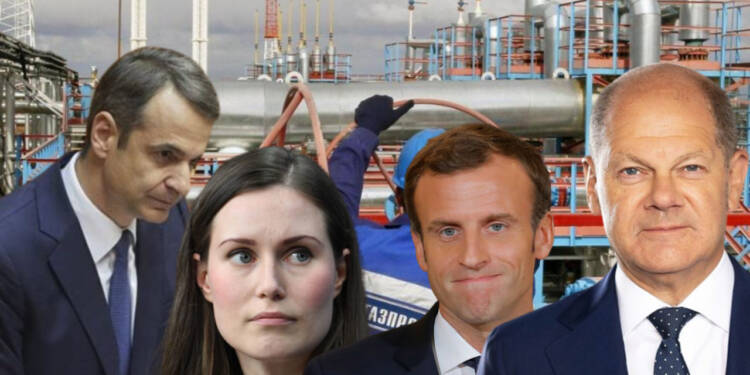 To ensure an adequate supply of gas for Europeans, the EU member states agreed on several initiatives, one of which is to boost gas reserves shortly. The European Union has set a goal of having 80% of its storage facilities filled by November 1 in order to satisfy the peak winter demand.

According to statistics from Gas Infrastructure Europe, levels were about 94% this week, which is in line with their average throughout the period of 2017–2021. Germany, the largest economy in the union, had 93% of its retail space filled as of November, close to Berlin’s target of 95%.

Though there’s a catch that could jeopardise the European Union in winter. The EU has an unequal storage facility distribution, with many located in France, Germany, Italy, and the Netherlands. The largest stores in the Union are located in Germany. According to GIE, the EU can store more than 117 billion cubic metres (bcm), or nearly a fifth of its yearly use.

There’s no data on who manages the stockpile, but it turns out that national governments have little to no influence over the supply. According to information gathered by Bloomberg, just 10% of the gas in storage facilities from Italy to the Netherlands is directly under the authority of public officials through national strategic reserves.

Energy utilities, industrial groupings, and international trading firms like Glencore and Vitol are in charge of the remaining portions. While their primary objective is to increase their profit margins, such businesses are free to sell to whoever makes the greatest offer, even if that buyer is located abroad.

The bloc’s gas network is intended to allow supply to move between markets. It should balance out if there is sufficient fuel in the system. Governments can, however, order the necessary quantity of gas from those reserves in an emergency. In bidding wars for gas supply, richer nations can outbid poorer nations.

The move ran against the government’s drive to top off reserves and pressured Scholz’s administration to lend the corporation additional money. Therefore, Uniper is in the process of being nationalised.

So, for example, if the Federal Network Agency of Germany claims, it would have the authority to command whether gas should be taken from storage or left in storage. A crackdown may leave neighbours unprotected against shortages.

Germany depends on neighbouring countries since its storage capacity barely meets 25% of the yearly need. Despite having the highest storage capacity in Europe, Germany has typically used Austrian reserves to assist the continent’s largest economy-run industries and heat homes.

Poland faces danger too. Despite being the fifth most populated nation in the EU, Poland has less capacity than Slovakia, which has just 5.5 million inhabitants.

Bigger nations that don’t have adequate storage would look to cut the share of smaller nations to satisfy theirs. Several countries have refrained from entering into such solidarity agreements that ask them to share gas as the energy situation in the union worsens.

Experts claim that the gas network of the bloc has never been put in a situation like the one that exists right now. According to consulting firm Wood Mackenzie, a harsh winter could cause stockpiles to drop below 10% by the end of March, forecasting a fresh rush for supplies before the upcoming winter.

The smaller nations, therefore would run the danger of being chilled to death as they don’t have the resources and authority to fight bigger nations. All in all, it will be chaos for every nation in Europe; if an emergency situation arises, the brunt will be faced by smaller and poorer nations.