The Nord Stream 2 pipeline could go online within weeks 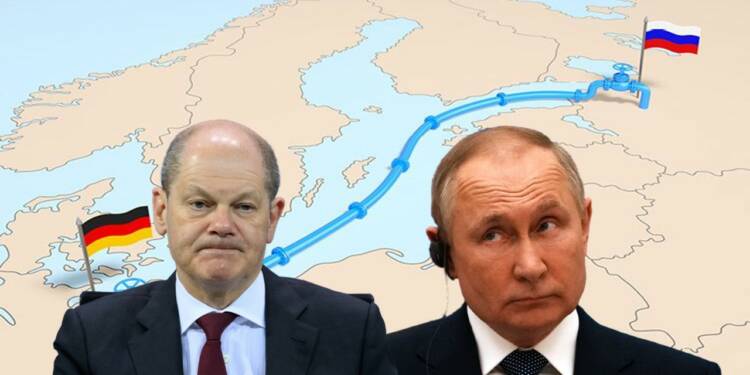 Tides are turning. Germany is finally giving in to what its people want. The decision which can relieve it of the current crisis on immediate basis is the opening of Nord Stream 2 pipeline.

And well, it has decided to do the same which has been revealed in a declassified security document.

In February, US President Joe Biden promised to scrap Nord Stream 2. His advice was implemented by the German Chancellor Olaf Scholz who halted the certification of the Nord Stream 2 pipeline.

Western world at the time declared that closing the Nord Stream 2 was legitimate as Kremlin uses energy supplies as a weapon. It utilizes energy policy to exert pressure on other nations.

Just four months prior to Ukraine war, according to a declassified security document, Germany maintained that the commissioning of a new gas pipeline from Russia would not endanger the country’s or the wider European Union’s access to energy.

According to a then highly confidential report by the economy ministry on the Nord Stream 2 link, “Overall, the assessment comes to the conclusion that the granting of certification does not jeopardize the security of gas supply in Germany and the European Union.”

The assessment was made on October 26, 2021, in the last months of Angela Merkel’s tenure as chancellor. Merkel maintained that Russia has always been a reliable gas supplier while supporting the Nord Stream 2 project.

Olaf Scholz, the finance minister and vice chancellor in Merkel’s coalition government who succeeded her, originally adopted the prior position of the government and referred to Nord Stream 2 as a “purely economic” project.

The document, which was initially made public by Der Spiegel, has a cautious tone. In it, the government came to the conclusion that “for both the German and neighbouring markets, the risk of serious impairments to supply security due to the failure of individual import supply infrastructures is very limited.”

The pipeline was intended to increase the security of Germany’s energy supply by adding a new mode of transportation to the one already used by the pipeline that travels via Ukraine and Belarus. In order to achieve environmental goals and demonstrate that Germany has the right to pursue an independent energy strategy, Nord Stream 2 was a crucial component of its attempts to phase out coal and nuclear energy.

However, all the previous reports of it being ‘harmless’ were not paid heed to and US directives were followed. Not only this, but three weeks back, Nord Stream pipelines suffered four major leaks.

The Tagesspiegel reports that targeted attacks may have harmed the Nord Stream pipes. And, according to Flightradar24 data, US Navy Sikorsky MH-60R Seahawk helicopter spent hours hovering above the vicinity of the ruptured natural gas pipelines in the Baltic Sea near Bornholm on September 1, 2, and 3.

Also Read: Blinken has confirmed what we have been alleging since the bombing of Nord Stream Pipelines

Biden realised that as the harsh winter impends upon the continent, countries would grow impatient and just a regulatory block isn’t enough. It sabotaged the pipeline as Europe faces the threat of de-industrialization and recession.

Alas, Biden believed he had killed the pipelines, but it appears that he simply wounded them. A few days ago, Putin indicated that one complete section of the Nord Stream 2 pipeline could still be used to transport Russian gas to Europe, but the decision to do so now rests with the EU.

So, a section of Nord Stream 2 can still be used by Europe to relieve it of its miseries. And, this classified security document comes just at the time when Putin offered his help. Germany, clearly, doesn’t want to miss Putin’s offer this time. So, Nord Stream 2 pipeline could go online in a matter of weeks or merely days.

Equatorial Guinea is the next headache for West in Africa