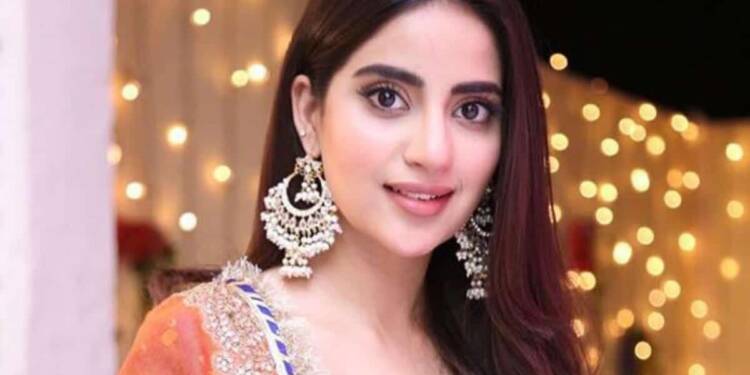 Saboor Aly is a Pakistani actress who appears in Urdu television. She was born on 3 March 1995. The younger sister of actress Sajal Aly, she began her acting career with a family drama Mehmoodabad Ki Malkain (2011). In this article we are going to talk about the biography, career, notable works, films and family of Actress Saboor Ali so read the article till the end.

Saboor Ali garnered recognition with a comic role in sitcom Mr. Shamim (2015). She continued playing supporting roles in several serials, and made her film debut with a romantic-comedy Actor in Law (2016), for which she earned a Lux Style Award for Best Supporting Actress nomination.

Saboor Aly was born on 3 March 1995 in Lahore, Punjab, Pakistan to Syed Ali, a businessman, and Rahat, a homemaker, who died of cancer in March 2017. She has an elder sister, Sajal Aly, and a younger brother, Ali Syed. Ali’s father left her mother and had a second marriage.

In an online interview, she said that she was “angry” on her father, but now shares a “close bond with.” Ali along with her family performed Umrah in 2017, a few days before her mother’s death. Ali moved to Karachi in 2011 to start her professional career, but moved back to Lahore in 2015.

Saboor Ali started her career with a small role in Choti Si Kahani and followed it with a supporting role in the family drama Mehmoodabad Ki Malkain on ARY Digital in 2011, in which she appeared with her sister Sajal Ali.

After that she again appeared with her sister Sajal, in an episode of Kitni Girhain Baqi Hain, an anthology series on Hum TV, and subsequently featured in the Hum TV’s acclaimed romantic drama Bunty I Love You, alongside Saba Qamar.

Her portrayal of a supportive sister of Mustafa’s character earned her a Best Supporting Actress nomination at Lux Style Awards. Aly played the lead in the telefilm Nanu Aur Main (2018), which revolves around the grandfather-granddaughter relationship.

The telefilm received positive reviews from the critics and public, and Aly was praised for her performance. Aly next played second-lead roles in the dramas Teri Meri Kahani and Visaal, the later of which is among the highest-rated Pakistani dramas of 2018.

We hope this biography article of Saboor Ali will be helpful for you to understand her journey and works.