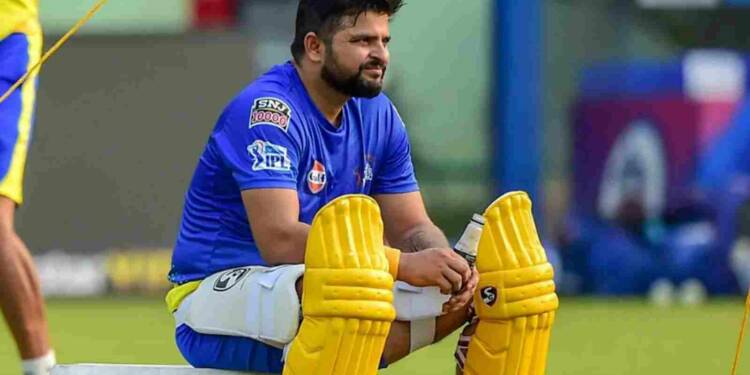 Suresh Raina is an Indian former international cricketer. He was born on 27 November 1986. He occasionally served as stand-in captain for Indian men’s national cricket team during the absence of the main captain. He played for Uttar Pradesh (UP) in domestic cricket circuit. In this article we are going to talk about the biography, career, notable works, games and family of Suresh Raina so read the article till the end.

He is an aggressive left-handed middle-order batsman and an occasional off-spin bowler. He is the second-youngest player ever to captain India. He was the captain of Gujarat Lions in the Indian Premier League (IPL), and he also served as vice-captain of the Chennai Super Kings. He is the first Indian batsman to hit a century in all three formats of international cricket.

In 2000, Raina decided to play cricket and subsequently moved from his hometown Muradnagar, Ghaziabad district to Lucknow, to attend the Guru Gobind Singh Sports College, Lucknow. He rose to become the captain of the Uttar Pradesh U-16s and came to prominence amongst Indian selectors in 2002 when he was selected at the age of 15 and a half years for the U-19 tour to England, where he made a pair of half-centuries in the U-19 Test matches. He toured Sri Lanka later that year with the U-17 team.

He made his Ranji Trophy debut for Uttar Pradesh against Assam in February 2003 at the age of 16 but did not play another match until the following season. He debuted in List A Cricket against Madhya Pradesh at Indore in 2005 and scored 16 runs. He played for India green, UP under 16, India Blue, India Red, Rest of India, India under 19, Indian board’s president’s XI, Rajasthan Cricket association’s president’s XI, India seniors, Central zone.In Ranji trophy 2005-06 season he scored 620 in 6 games. In 2018 Akshdeep Nath replaced him as UP’s Ranji trophy captain due to poor performance of scoring 105 runs in 9 innings averaging 11.66.

Raina was awarded “best fielder” by the BCCI ahead of the finals of IPL 2010. He played a vital half-century which turned the final to Chennai’s tide who ultimately went on to become the champions beating the Mumbai Indians. For his performances in 2010, he was named in the Cricinfo IPL XI.

For his performances in 2013, he was named in the Cricinfo CLT20 XI.

Suresh Raina is an international cricketer and he played so many games for country, state and clubs this biography article is incomplete without talking about his career. So here you will gain info about his achievements and life story.

Suresh Kumar Raina was born in Muradnagar of Uttar Pradesh on 27 November 1986 into a Kashmiri Pandit family, to parents from Rainawari, Srinagar district of Jammu and Kashmir. Raina lives in the Rajnagar neighborhood of Ghaziabad city. He has an older brother, Dinesh Raina. He studied in a boarding school.

Suresh Raina’s father Trilokchand Raina was a military officer in an ordinance factory. His family left ‘Rainawari’ in Jammu and Kashmir union territory of India amid the exodus of Kashmiri Hindus in the 1990s and settled down in Muradnagar town, Ghaziabad district, Uttar Pradesh. Raina trained in the Guru Gobind Singh sports college, Lucknow in 1998. Raina has a sister and his one elder brother is in Indian Army.

Raina married Priyanka on 3 April 2015. They have two children.

Raina’s uncle Ashok Kumar was assaulted during a robbery in their house in Punjab, and didn’t survive. Due to this, Raina withdrew from 2020 IPL season to be with his family. Raina received an honorary doctorate from Vels University on 5 August 2022.

On 30 May 2014, he made 87 runs out of 25 balls against Kings XI Punjab in qualifier 2. He missed the fastest century of the cricketing history by just 13 runs due to a runout. For his performances in 2014, he was named in the Cricinfo IPL XI and Cricinfo CLT20 XI.

Is Suresh Raina a doctor?

Suresh Raina is now Dr Suresh Raina, having been bestowed with the honour of a doctorate degree from Vels University in Tamil Nadu. The former India and Chennai Super Kings (CSK) has received the honour as a mark of respect for his services to the sport of cricket and society.

Is Raina a good player?

Considered a modern-day great in limited-overs cricket, Raina represented India in 226 ODIs, amazing 5,615 runs with five centuries and 36 half-centuries at a strike rate of 93.50. He was at his best during tight run-chases and revelled when the stakes were high.

We hope this biography article of Suresh Raina will be helpful for you to understand his journey and works.