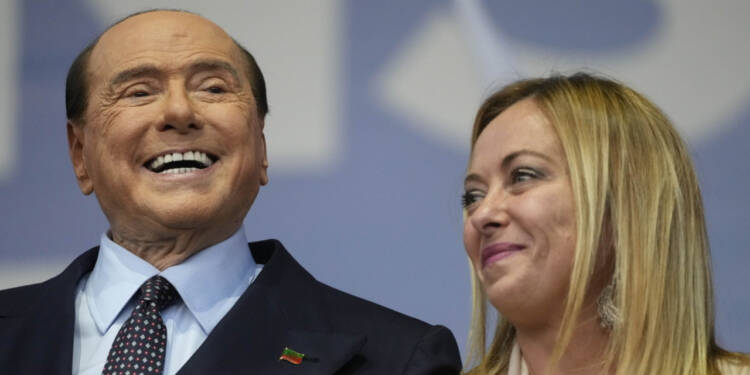 Recently, right leader Giorgia Meloni became the first woman Prime Minister of Italy after a tough competition given by her opponent Berlusconi, who was pro-Russia and also a bonhomie initiator of the Kremlin. In the current scenario, Rome has welcomed a government that is committed towards supporting interests of the NATO and also it is important for it come out of a debt constituting 150 per cent of GDP and the economic rise level was at 1 per cent which was least since 1990 plus this year even the GDP growth is expected to slow at 2.5 per cent.

Amidst the election campaign, war of words took place between the two leaders regarding NATO or Kremlin. Meloni stated that she will not let anyone in the government who is against the NATO or West where she is ready to support the latter in its initiatives. Being a right government, there could be some restrictions on LGBT and migration where the latter is a concern for many Right-wing parties in EU which are even wary of Islamophobia. As per a BBC report, PM Meloni could even intend to blockade migrants coming form Libya which means she will not have a soft heart towards migrants.

Media’s role has been crucial in shaping the perceptions of voters and also it is also the culprit behind creating the rift between political parties on ideology, foreign policy. Foreign powers also are indirectly responsible for funding websites, and political parties who could act in accordance with their whims. The media over-exaggeration has created a frenzy among voters who were confused about which side to choose. There are statements in the media which showed that the two leaders have bad relations just to create confusion among voters but actually they are coalition partners with Fratelli D Italia, Lega and Foza Italia. Regarding the coalition, Meloni’s coalition partners finally accepted her Prime Ministerialship in spite of differences of opinion and ideas.

Berlusconi blamed Kyiv for the recent strikes and Russian takeover of areas in Eastern Ukraine. He also made random statements about the West which seemed annoying and egoistic. They included that there is no state in the west since there is no clear leadership which him the only leader. As far as Putin is concerned , Berlusconi reciprocated by giving a Lambrusco bottle to Putin, who gifted a couple of vodka bottles and a sweet letter as part of birthday greetings , which of course could be a tool of incentivising Rome to develop a pro-Moscow stance in the Ukraine issue and slip away from the hands of any Western collective mechanism such as the NATO.

Italy is a founding member of the NATO and also an important economic giant. Currently, Rome is stuck amid challenges such as increasing debt, soaring energy prices due to the Ukraine crisis. New PM Meloni has a lot of power in her hands when it comes to bringing stability to the Italian economy. Some initiatives she needs to look into are submitting a pandemic recovery report and even 55 targets need to met by the end of this year which 20 billion euros worth of funds for Italy.

When it comes to foreign policy and right-wing politics, it is imperative to ensure inclusivity as well as balance to ensure smooth functioning of an economy or country. Looking at Italy, it is important to keep ties with the EU since it could receive 160 million euros worth of grants form the EU’s Recovery and Resilience Facility. The country could even enter a recession which PM Meloni must work on and keep a watch about choosing sides so that her challenges in dealing with a stagnating economy could be easier.