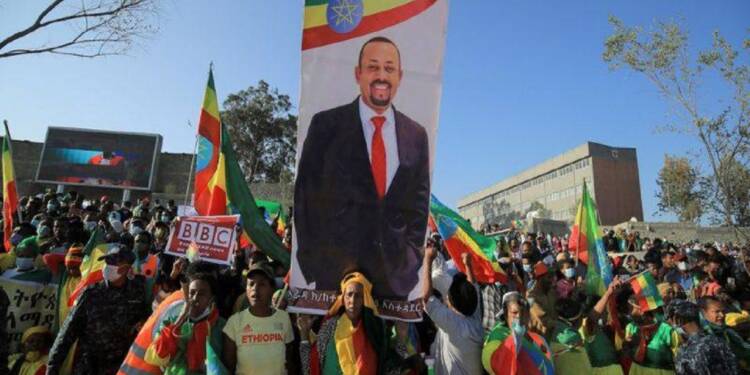 The Tigray crisis in Ethiopia, which started when the TPLF launched an offensive against the federal government’s military bases following Prime Minister Abiy Ahmed cutting aid to the Tigray region for illegally holding provincial elections, has led to loss of lives, widespread displacement and food insecurity. The AU-led peace talks between the Ethiopian government and the TPLF which were supposed to be held in South Africa were delayed citing logistical reasons. After which, the war started again. However, another round of peace talks has been scheduled on 24th October.

In this war, the biggest victims are the people of Ethiopia. In two years, they have suffered a lot. Prime Minister Abiy Ahmed, whose job is to fulfil the needs and aspirations of his citizens, grow the nation’s economy, develop the infrastructure etc, is forced to dedicate a considerable amount of his time and effort in defending Ethiopia from the merciless attacks and brutality of the TPLF.

Read More: Ethiopia and Eritrea are out to solve the TPLF problem once and for all

A few days ago, hundreds of thousands of Ethiopians protested against the West for interfering in the internal matters of their nation. People sent a message to the international community in general and the US and Europe in particular, which are financing the TPLF. The West is violating the sovereignty of Ethiopia and trying to disintegrate its territorial integrity. These demonstrators expressed their support to the Ethiopian government which is facing numerous attacks from the UN, Biden and his allies.

One protestor said, “What I want to convey for the west is that we want peace and love. We don’t want anyone to die, all people are our people. We do not need anyone’s interference; we can manage our country with our own sovereignty.”

The US, Europe and Western mainstream media are trying their best to depict the Ethiopian government as this draconian regime which has organised a genocidal campaign in the Tigray region. WHO’s director general Tedros Adhanom Ghebreyesus said, “There is a very narrow window now to prevent genocide.” Tedros was the minister of health in 2005 when the TPLF was in power.

All of this is completely false. In reality, the Ethiopian government is defending the country and its people from the TPLF which is making numerous attempts to create destabilisation in the country. Time and again Abiy Ahmed’s government has reiterated its call for peace. The government knows that as long as this war continues the security of its people, stability of the regime and independence of the nation will be under threat.

Ethiopians too don’t want this war. They realise that their lives, children’s future, ambitions etc will be under threat if the Tigray conflict is not resolved. Many people have lost their loved ones, houses, belongings, hard-earned money etc in this war. Therefore, Ethiopians are telling the world that they want the Tigray war to end. They also stated that they have no hostility against the Tigray people and that they want every ethnic group to live peacefully in Ethiopia.

The US and Europe are spreading false propaganda that Abiy Ahmed is a warmonger who is subjecting people of Tigray region to violence and torture and the TPLF is a victim of the atrocities of Ethiopian government.

Ethiopia has time and again initiated dialogue with the TPLF for the peaceful solution of the Tigray conflict. Abiy Ahmed’s regime has clearly stated that it wants peace. But wanting peace and doing nothing about it is entirely different from wanting peace and taking action to attain it. Which is what the Ethiopian government is doing here, it is not going to sit and watch its country and people become victims of Tigray rebels.

Therefore, the deployment of the military by the federal government in the Tigray region is meant to protect the country, its people, resources and wealth from the TPLF whose aim is to establish the dominance of its Western masters on the entire Horn of Africa region.

People of Ethiopia see the involvement of Biden and his allies in the internal affairs of their nation as a major impediment in the peace, prosperity and growth. Hence, they are trying to draw the attention of the world which has turned a blind eye to their problems.

By inviting the Rwanda’s military on its soil, Mozambique has committed suicide