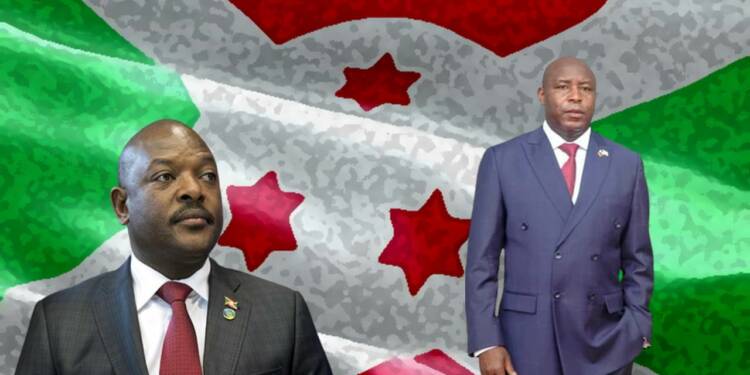 According to the West, authoritarianism only exists in countries which refuse to allow its interference in their internal affairs. Political uproar in the Third World is often used as an excuse by the West to put sanctions on nations which resist its dominance.

On Tuesday, the European Union announced that it is lifting sanctions on the leaders of Burundi. The EU mission in the country wrote on social media, “Today, the EU is lifting individual sanctions against three people, including the prime minister”. The decision signals the restoration of ties between the West and Burundi under current president Evariste Ndayishimiye.

But what caused imposition of sanctions in the first place? Well, former president of Burundi, Pierre Nkurunziza, served from 2005 to 2020. His bid for a third term was vehemently opposed by the opposition as well as the west leading to widespread political unrest in the country. With reports of human rights violations also coming in, the west used the widespread public protest Nkurunziza faced as a weapon to justify its opposition. The West constantly issued statements in support of the opposition parties and civil society organisations which demonstrated against Nkurunziza’s third attempt at power which was successful.

The real reason why the US and Europe were against Nkurunziza contesting and winning the presidential elections for the third time was infact Chinese and Russian ambassadors attending his inauguration ceremony whereas no higher officials from the West were present. The presence of China and Russia in the swearing-in ceremony of Nkurunziza shows the strong relations they had with Burundi, and that these relations would eventually manifest itself into forging of ties across all sectors, be it trade, military etc.

In 2015, Burundi witnessed a severe political crisis. There were massive protests, public anger and calls for resignation of Nkurunziza by the people of Burundi. The UN and the West accused him of human rights violations, systematic repression of dissent and subjecting peaceful demonstrators to violence and extrajudicial killings. Therefore, the West decided to impose sanctions on Burundi.

Now we at TFI Global have proved many a time that the west’s interest in Africa is only with respect to natural resources and its plunder, no matter what the cost and evidently Burundi is a country rich in natural resources. These sanctions by the US and Europe had tremendous repercussions on the economy and political stability of Burundi. Described as one of the poorest nations in the world, the African country was dependent on international aid for its budget and other necessities. The sanctions affected regional projects Burundi was involved in with Kenya, Uganda and Rwanda. Exports dropped significantly, food insecurity took hold and foreign exchange reserves declined. In 2020, the country went into recession.

In June, 2020 Nkurunziza died due to heart failure, although there are speculations that his demise was due to coronavirus. Following his passing, Evariste Ndayishimiye became the president of Burundi. Now, seeing its preferred leader in power, the West didn’t lift its sanctions from Burundi immediately for fear of making its agenda to obvious and predictable, thereby risking an expose. The US and Europe, in order to veil their clandestine intentions chalked out a gradual removal of sanctions to avoid raising suspicions internationally.

Now, I have explained the reason cited by the West for the imposition of sanctions on Burundi in 2015. Gervais Ndirakobuca is the current prime minister of Burundi. Out of all Burundian government officials, Ndirakobuca faced the harshest sanctions from the UN, US and Europe. He was the head of the intelligence agency of Burundi during the 2015 political turmoil. He was accused by the West of brutality, torture and killings against peaceful protestors, opposition leaders and judges. The European Union claimed that he violently suppressed dissent while the International Criminal Court launched an investigation against him.

Also Read: Pro US Zambian President is setting up a kangaroo trial to get rid of pro Russia-ex president

But now the same West, which condemned Ndirakobuca for being complicit in the death of 1200 people during the 2015 violence in Burundi, has lifted its sanctions on him. This proves that the West is not concerned about democracy, peace and human rights of the people of Burundi. It is only concerned about protecting its interests and developing its own economy at the cost of Africa.

The west thinks that the world is naïve, and that it can take any country for a ride in accordance with its whims and fancies. It can continue to be ignorant of the fact that with its questionable intentions, its credibility is suspicious as well. Any layman can join the dots to reach the conclusion that the west is hypocrisy personified.