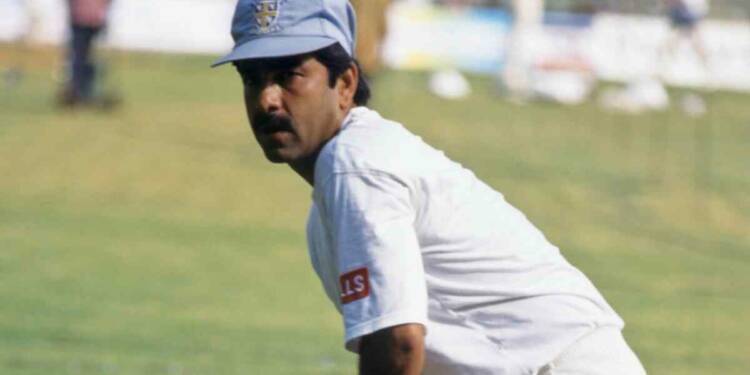 Manoj Prabhakar is a former Indian cricketer, who is currently head Coach of Nepal National Cricket Team. In this article we are going to talk about the biography, career, notable works, games and family of Manoj Prabhakar so read the article till the end.

Manoj Prabhakar is an international cricketer and he played so many games for country, state and clubs this biography article is incomplete without talking about his career. So here you will gain info about his achievements and life story.

Manoj Prabhakar quite regularly opened Indian batting order and the bowling; he was one of the few players to do so consistently at international level. He accomplished this 45 times in ODIs and 20 times in Tests, more than any other player in both formats.

At the age of 32, Manoj Prabhakar played his last ODI against Sri Lanka in the 1996 Cricket World Cup in Delhi. He struggled to bowl well in the match and had to bowl off-spin in the last two overs. The crowd booed him off the ground. After 1996 World Cup, he was not selected for the Indian team’s tour of England and took the retirement.

Prabhakar has also served as the Delhi cricket team’s bowling coach and as the head coach of the Rajasthan cricket team. In November 2011, he was sacked as the coach of Delhi for speaking against the management and the team in media. In December 2015, he was named as bowling coach of Afghanistan cricket team ahead of 2016 ICC World Twenty20 that was played in India in March 2016.

A Bollywood film Azhar released in 2016, directed by Tony D’Souza, was based on his teammate Mohammad Azharuddin life and revolves around Match fixing scandals in late 90s and 2000. Prabhakar’s character was portrayed by Karanvir Sharma in the film. According to the report of The Times of India, Prabhakar was unhappy due to his depiction in bad light in the film.

Manoj Prabhakar was born on 15 April 1963. He was a right-arm medium-pace bowler and a lower-order batsman, and has also opened the innings sometimes for the Indian cricket team until his retirement in 1996.

Prabhakar joined the Congress party and unsuccessfully contested election to the Indian Parliament from Delhi in 1996. Prabhakar is married to actress Farheen, who is known for her roles in the films Jaan Tere Naam and Kalaignan.

The couple lives in Delhi, with their two sons, Raahil Prabhakar and Manavansh Prabhakar, and also Rohan Prabhakar, a son from previous marriage with Sandhya.

India won only one of Prabhakar’s first 23 Tests, then 10 of his last 16, but his career ended in ignominy when he was booed on his home ground at Delhi after getting slaughtered (4-0-47-0) against Sri Lanka in the 1995-96 World Cup. Prabhakar was dropped for the next match and immediately retired.

Was Manoj Prabhakar a match fixer?

However, subsequently Prabhakar himself, was found guilty of match-fixing. He was found to have fixed a match against the West Indies, following which he was banned by the cricket board in 2000. The ban was lifted after six years.

We hope this biography article of Manoj Prabhakar will be helpful for you to understand his journey and works.