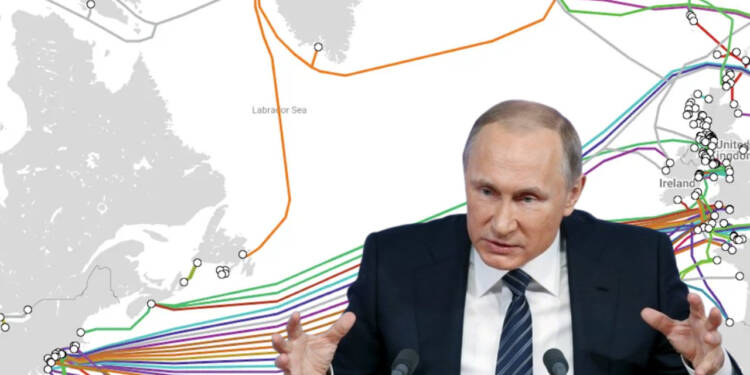 In October, North Europe was witness to a lot of arm-twisting activities taking place between stakeholders where Russian missiles were launched in Bears Island, Finnmark region and the Svalbard archipelago. In response to this, the NATO organised a deterrence exercise known as the Steadfast Noon in the North Sea to ensure power parity with Kremlin in the region.

Russian submarines and minisubs are being rapidly developed to impact channels and carry out surprise attacks and corner target areas. Some of the advanced submarines developed include the BS-64, Belgorod and the Akula class attack submarine.

Importance of underwater cables of Russia

Now, Russia is using underwater cables, an essential network through which 99 per cent of the information flows which includes personal information, email, chats, military communications etc. Russia has started using nuclear submarines in response to such developments and also knows the weak points of the underwater cables. The Nord Stream attack is one such incident which was a case of an hybrid attack.

Talking about espionage activities, in Norway, many Russians were arrested on the charges of using drones to monitor oil and gas installations where many of these Russian migrants used the Storskorg route to enter Scandinavian countries. Oslo has become an important gas supplier in Europe after Kremlin stopped supplies in retaliation to Western sanctions and is working on putting restrictions on Russia and even Finland is considering strengthening its border fencing to prevent migrants from conducting espionage activities in loyalty to Moscow.

So, what’s in for Europe to solve this?

In view of emerging risks, France has also started to increase its budget allocation on Ocean floors since it is connected to essential pipelines and satellites. The defence budget for 2023 involved an expenditure of 3 million Euros being invested on setting ocean floors and 11 million for unmanned robots and drones.

At the moment, France and Germany are having a spat due to energy issues and during this period, but it is imperative for EU to come together and collaborate on strengthening defence systems to tackle any passive strike coming from the Kremlin through espionage, and information warfare. Protection needs to be ensured from all directions- computer systems, nuclear power plants where defence cooperation between countries could be a key to solving problems like Kremlin’s muscle-flexing incidents.

Hence, we can say that Europe should be worried that its underwater sea cables are under Russia’s mercy and Moscow can destroy them at will.