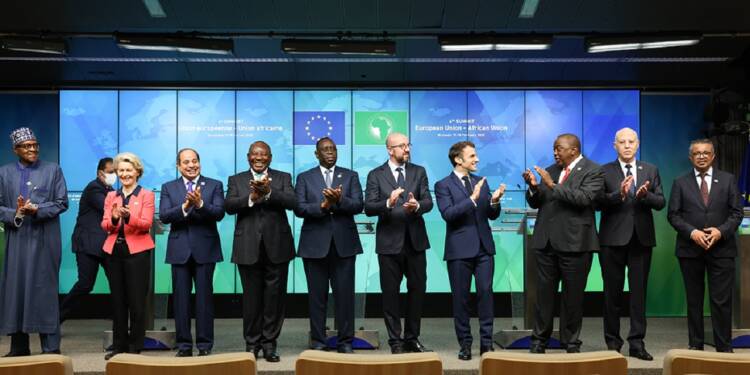 Russia supplied nearly 40% of the European Union’s gas consumption last year, therefore the bloc is attempting to quell the crisis brought on by Moscow’s gas supply cuts. As the worst energy scenario for Europe becomes a reality, it has come to the realisation that the US can do nothing to save Europe from an imminent catastrophe. Biden’s misguided policies have already caused considerable chaos in the US, which is also experiencing a serious gas and oil problem. As a result, in an effort to diversify their energy supplies, European nations made an effort to engage with Africa.

The Russo-Ukraine war has thus ignited the importance of the resource-rich continent Africa. Gasping for oil and energy supplies, the Western nations have started a new scramble for Africa.  United States Secretary of State Antony Blinken visited three African Union (AU) member-states in August in an attempt to rejuvenate ties. German chancellor Olaf Scholz tried to gain support of the Africa nations during his first visit to Africa in May. Even, French President Macron journeyed to Africa in June to “renew relationships” with the continent.

Also Read: Why South Africa should say NO to USA’s $8.5 billion charity?

The Africa-Europe Round Table:

As the European Union restructures its plans for energy security in light of shifting geopolitical realities, high-level European and African energy stakeholders met during the Africa-Europe Roundtable in Cape Town to discuss the potential of Africa’s hydrocarbon and renewable resources to help attain global energy security. However, one will get amazed on seeing the irony; majority African nations were missing from the roundtable, thus raising questions on the transparency of the Africa-Europe Roundtable.

Addressing the role of the African continent in advancing the global energy revolution and supplying Europe with energy security, several speakers noted that making an Africa-Europe energy trade a reality will be contingent on ensuring the availability of financing solutions for energy infrastructure development.

“From the European perspective, for a long time, the acute need for access to energy was not so dominant,” said Anja Casper-Berretta, Head of Energy Security and Climate Change in sub-Saharan Africa, Konrad Adenauer Foundation. “Yet in Africa, you can’t have an energy transition discussion in countries where more than half of the population doesn’t have access to electricity. So, energy security comes from a very different angle. How do we assure energy security? Diversification is a key component. Since the Russian invasion of Ukraine, there has been a more practical approach to finding pragmatic solutions to the current crisis.”

Make no mistake, what appears to be a noble position is nothing more than a nefarious plan by European nations to plunder Africa’s resources. You see, Western countries have always used aid to Africa as a smokescreen to hide the continent’s “sustained looting” as it loses nearly billions of dollars per year through tax evasion, climate change mitigation, and the flight of profits earned by foreign multinational corporations at the cost of Africa.

Western governments are heavily invested in the theft of African resources, and not just through their tacit support of tax havens: Western transnationals are among the most active on the continent, and the West is increasingly providing aid in the form of loans, contributing to the impending debt crisis.

Rather than viewing ‘aid’ as a form of compensation for the harm done to Africa by the West, it has recently been made explicit in Western development policy that ‘aid’ should be used to support foreign policy and trade objectives.

The same ruse was used at the recent summit. Throughout the summit, Western nations attempted to persuade smaller African nations to allow Western nations to assist them in extracting their energy resources. Furthermore, major, self-assured African nations were not invited. The explanation is straightforward. The larger African countries recognise the reality of Western aid. Thus, the goal was to exploit the vulnerabilities of smaller African countries, pulverise them in a web of aid and dependency, and thus loot them of their resources, as the West has done for years.

You see, in the wake of global protectionism brought on by the COVID-19 epidemic, Africa has begun to comprehend the significance of self-sufficiency. The Western plan to swindle African nations would undoubtedly fail in the face of such growing Pan-African unity.