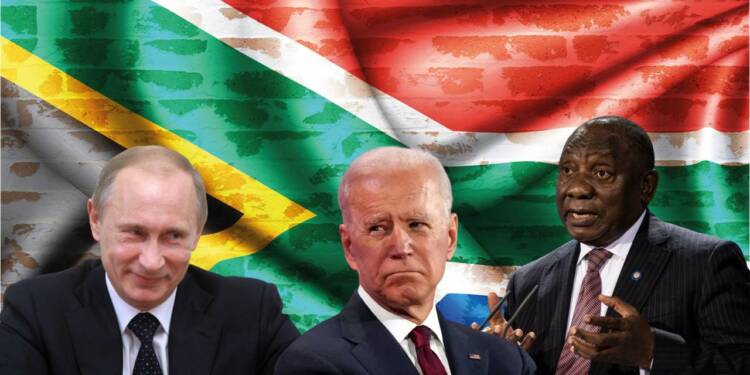 The South African government has announced that it is permitting a yacht which belongs to a Russian businessman to dock in the Cape Town harbor. Alexey Mordashov, a close Putin aid is also the chairman of the largest steel and mining company in Russia and is the subject of sanctions imposed by the US and Europe in the wake of the Russia-Ukraine war. However, South Africa stated that since the United Nations didn’t impose any sanctions on Mordashov, therefore it is under no legal obligation to deny him permission. The vessel is expected to arrive in Cape Town on 9 November. But the mayor of Cape Town criticised the South African government’s decision. She comes from the opposition party which has time and again condemned Cyril Ramaphosa’s neutral stance on Russia-Ukraine war.

When it comes to Russia’s military operation in Ukraine, South Africa has taken an independent stand which has agitated the West. It abstained from voting during the UN resolution which condemned Russia. South Africa has been vocal in its opposition to the attempts made by the West to get African and Asian countries on its side. It knows the impact of its loyalty on the economy and political stability of the nation, therefore President Cyril Ramaphosa has actively criticised the US and Europe for blackmailing African countries which don’t want their interference in their foreign policy decisions.

Recently, he criticised a US bill called ‘Russian Malicious Acts Bill’. Ramaphosa explained that if the bill is passed into law then it will have dire repercussions for African countries. He said that the bill is meant to target nations which want to grow their economies and promote developmental projects and have nothing to do with the war in Ukraine. He decried the bill for disrespecting the sovereignty of countries by punishing them for holding independent views on international affairs.

Similarly, Cyril Ramaphosa has called on the US to lift its sanctions from Zimbabwe. Zimbabwe has been the subject of US sanctions for more than two decades. He stated that these sanctions are having devastating implications on the economic and financial condition of Zimbabwe. The West imposed sanctions on the African nation due to authoritarianism and violation of human rights of citizens.

Recently during another UN vote which condemned Russia’s annexation of Kherson, Luhansk, Donetsk and Zaporizhzhia regions, South Africa abstained. In fact, during a vote on a resolution which called for suspension of Russia from the Human Rights Council, South Africa’s stance remained the same. Its envoy stated, “We abstained on the resolution because we believe that the objective of this assembly in keeping with its mandate must always be to contribute to a constructive outcome conducive to the creation of sustainable peace in Ukraine. Unfortunately, some elements of the resolution do not address this”.

Off lately South Africa has been asserting its identity independent of the West, particularly America. South Africa through its actions has been giving signals of not being someone who blindly follows the diktats of the west masters and this is not going down well with the people in the Oval office. In its bid to stop South Africa from setting an example for other African countries to assert their identity, USA has unleashed its watchdog namely- FATF on South Africa with a threat of probably being grey-listed.

Also Read: Just when South Africa was about to get normal, Biden sent his FATF attack dogs

South Africa has made it crystal clear that its decisions on domestic and international matters are its own concern and not that of the west to be meddled with. The west has no business dictating moves to South Africa.