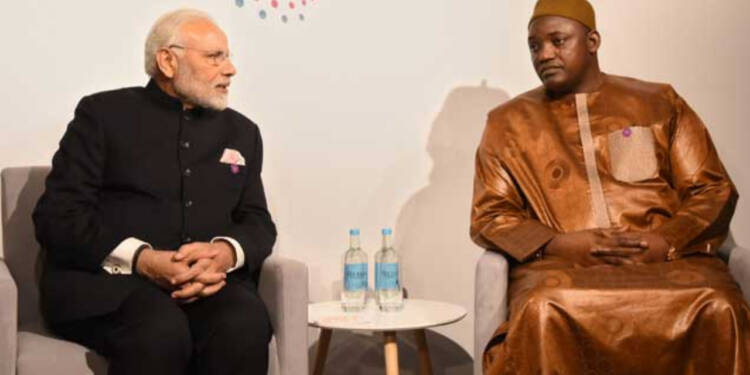 A few weeks ago the Western media got an opportunity to tarnish the image of India as a global supplier of medicines and other health-related products and the media pounced on the opportunity.

News broke out in Gambia that the children were dying because of Acute Kidney Injuries. The problem with Acute Kidney Injury is that it can occur for different reasons and paracetamol syrup is one of the possible reasons.

Role of the WHO

The World Health Organization warned that the excess amounts of diethylene glycol and ethylene glycol in the products made by Maiden Pharmaceuticals Ltd, a New Delhi-based manufacturer of the syrups.

The findings were announced by WHO Director-General Tedros Adhanom Ghebreyesus and came as a result of tests on multiple medical syrups suspected of being the cause of 66 infant deaths in the small West African nation.

According to Tedros, the U.N. agency was undertaking a probe alongside Indian regulators and Maiden Pharmaceuticals Ltd.

On Wednesday, the WHO requested that regulators take Maiden Pharma products off the market in a medical product alert.

The WHO stated in its statement that although the goods may have been sold in other places through informal marketplaces, they had only been discovered in Gambia.

Read more: For the first time, African nations corner the US in its own den- The UN

The interesting part here is that the role of WHO in this fear-mongering is very important. Firstly the Director of WHO said that syrups are suspected to be a cause of medical emergencies in children. Secondly, he stated that the WHO is undertaking a probe into the alleged syrup deaths.

It is unfortunate that many children died in Zambia due to various reasons and the companies related to the matter should be probed. But the noteworthy point here is that a lousy WHO which took months to detect COVID-19 as transmissible, and for clearing the fog around its details instead spread rumours about it. The same organization has suddenly started to proactively act in cases related to India. But why?

A rattled Merkel expressed her frustration by saying, “ India has become a major pharmaceutical producer.

The truth is, we haven’t treated our pharmaceutical industry so well for many years…”

She also stated that India has “become too big” of a medical producer and she also slammed the EU for allowing India to become a big player in the Pharma Industry.

Gambia’s revelations tell that West is desperate to “Defame India”

A spokesperson of the Gambia’s Medicines Control Agency stated on Monday that the country has not yet determined if poisonous cough syrup was to blame for the acute renal injuries that resulted in the deaths of 70 youngsters.

According to Tijan Jallow, an agency officer, the national regulating body for the Gambia’s medicines, the Medicines Control Agency, has not yet determined the precise cause of the deaths.

He stated that “We haven’t concluded yet if it is the medicine that caused it. A good number of kids died without taking any medications,” Jallow told a news conference.

“Other kids died, the medication that they took, we have tested them and they are good,…” (sic)

Jallow also stated that the organisation is attempting to determine precisely which drugs if any, each child took.

Read more: UAE banning 20 African Nations from working in the country is actually a blessing in disguise

The above phenomenon compelled the West to embark on a journey called “Defame India”.

It is important to note that the matter of medicine and its safety is a sensitive topic. When one source is defamed for supplying faulty products it is then seen with a reservation as medicines are directly related to the life and death of the people. So the West sniffed the opportunity to displace India from the throne of Pharma exporter it did it with its whole heart and employed its whole machinery in defaming it.

But it cannot succeed in its nefarious agenda as India is well-equipped to defend its status and it has already started a probe into the syrup manufacturing company and will not leave any fog around the issue.