Caribbean Countries expected billions of dollars for complying with Biden’s green diktats. They got nothing! 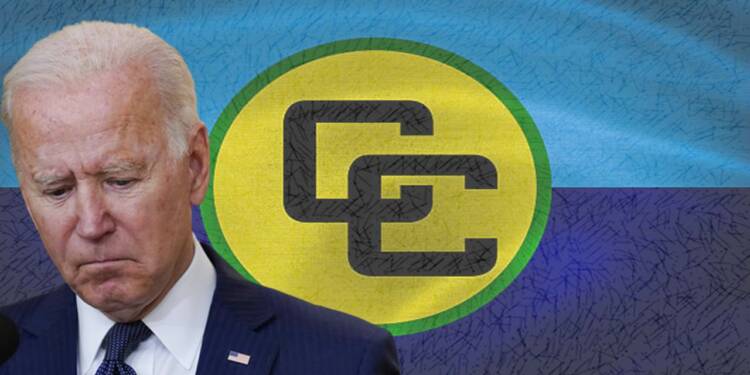 The 2022 United Nations Climate Change Conference, more commonly referred to as COP27, will be held from 6 to 18 November 2022 in Sharm El Sheikh, Egypt.

Since 1995, COP summits have served as the principal international platform for climate negotiations. While the summit is supposed to represent the concerns and objectives of all the participating nations, it is only a distant dream. Frankly speaking, there is no doubt that the contemporary environmental movement enforces the perceptions of primarily affluent, at-ease Americans and Europeans on predominantly destitute, poor Africans, Asians, and Latin Americans. It infringes on these people’s most fundamental human rights by denying them access to the economy, the ability to live better lives, and the right to rid their nations of diseases that were long since wiped out in Europe and the United States.

The world’s wealthiest nations are disproportionately responsible for global warming to date. Rich countries, including the United States, Canada and much of western Europe, account for just 12 percent of the global population today but are responsible for 50 percent of all the planet-warming greenhouse gases released from fossil fuels and industry over the past 170 years. However, the majority of the costs and effects of the climate catastrophe are borne by vulnerable populations, women, and Indigenous people in the world’s poorest nations, despite the fact that they have a negligible portion of the blame. Rich nations, on the other hand, who have historically benefited from environmental plunder, largely remain unaffected.

Also Read: Why Egypt must not fall for ‘Western climate activism’ propaganda

Providing finance for loss and damage is the very least that wealthy countries can and should do. However, in order to achieve this, they will have to admit that they are to be blamed for the current climate catastrophe. Truth be told, pigs may fly before the industrialised nations accept accountability for their actions. Additionally, rather than providing cash and financial support to the developing countries in their efforts to combat climate change, industrialised countries, due to their dominance in international organisations like the United Nations, continue to place onerous demands on the developing nations.

In what can only be described as a striking embarrassment for Western powers, the Caribbean Community’s (CARICOM) Ministers of the Environment and Sustainable Development recently criticised Western countries for not doing more to support the region’s efforts to combat climate change.

Ministers also criticised major developed nations for not upholding the Paris Agreement. In relation to their obligations under the Paris Agreement, they evaluated the signals from the major economies’ responses to the current crises. They viewed these actions as very negative. No major emitter has strengthened emissions targets pursuant to the call of the Glasgow Climate Pact (the Pact), specifically the Paris Agreement’s long-term temperature goal of 1.5°C.

Western countries have long taken advantage of the Caribbean region’s resources. Fossil fuel subsidies are given to these less developed countries in an effort to encourage them to harvest and export their energy and oil resources. These subsidies harm the ecology of the host country all while assisting the West in obtaining cheaper oil and gas.

Western countries have always used such subsidies as a smokescreen to hide their “sustained looting” as the host countries lose nearly billions of dollars per year through tax evasion, climate change mitigation, and the flight of profits earned by foreign multinational corporations. The goal is to exploit the vulnerabilities of smaller countries, pulverise them in a web of aid and dependency, and then loot them of their resources, all while masquerading as some sort of messiah for the poorer nations by providing almost next to nothing in the name of  “climate mitigation”.

To be clear, equity and “common but differentiated responsibilities” must be the cornerstones of the UN Framework Convention on Climate Change (UNFCCC) negotiations. It would therefore be foolhardy for the Caribbean countries to cave into pressure and allow the imposition of climate policies constructed by the West on the Caribbean, a region that bears little responsibility for the current global climate crisis.