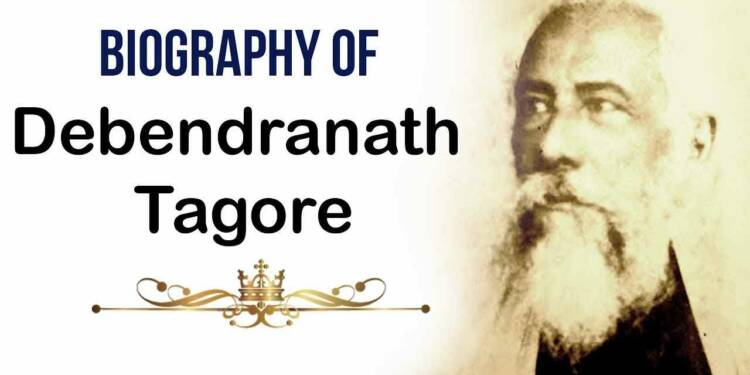 Debendranath Tagore was an Indian Hindu philosopher and religious also a reformer. He was active in the Brahmo Samaj which is the “Society of Brahma”, also known as Society of God. In this article we are going to talk about the biography, career, notable works, and family of Debendranath Tagore so read the article till the end.

Debendranath Tagore Has been one of the leading families of Calcutta, and is also regarded as a main influence during the Bengal Renaissance.

In his early education period Debendranath studied at home from year 1823 to 1825. Then, he was admitted to the Anglo Hindu College establish by Raja Rammohan Roy in the year 1827. After some time of studying there for he started looking after his father’s property and business, as well as philosophy and religion.

After death of his grandfather in the year 1838 he become more interested in religious matters so that he started studying various subjects which includes Mahabharata, Upanishads and East-Western philosophy. And then as a result of these studies he developed a desire of spirituality. In the year 1839 he established Tattwaranjani Sabha. In the year 1840 he published the Bengali translation of the Katha Upanishad.

Debendranath Tagore took charge of the Tattwabodhini Sabha and the Brahmo Samaj in the year 1842. And in the same year Tattwabodhini Magazine was also published with his own money under the editorship of Akshay Kumar Datta. In that magazine upnishads were published in Debendranath’s  bengali translation.

Debendranath Tagore was an Indian Hindu philosopher and religious also a social reformer, this biography article is incomplete without talking about his works for the society.

Debendranath Tagore was born in the Tagore family in Jorasanko, in North-western Kolkata popularly known as Jorasanko Thakur Bari, later on it was converted into a campus of the Rabindra Bharati University. With over the history of three hundred years the Tagore family.

In the same year also, the public meetings were going to organise with the efforts of Debendranath. Debendranath introduced the first method of Brahmopasana in the year 1844, and from that time it was used in the Brahmo Samaj. In the year 1867, he bought a large piece of land which is known as Bhubandanga in Birbhum and there he established the ashram.

For some time Debendranath was also involved in politics. On 31 October 1851 when the British Indian Association was established in that association, he was appointed its secretary.

To waive the chowkidari tax of the poor villagers He tried his best and regularly sent a letter to the British Parliament demanding india’s autonomy. He supports the widow marriage but he was strictly against the child marriage and polygamy. In spread of education to all his contribution is also memorable.

We hope this biography article of Debendranath Tagore will be helpful for you to understand his journey and works.