The cryptocurrency sector has become a new trend for the US and China to reach out to the Caribbean. Currencies are being traded and misused in confidentiality when it comes to flouting government rules because of inefficiency and lack of monitoring 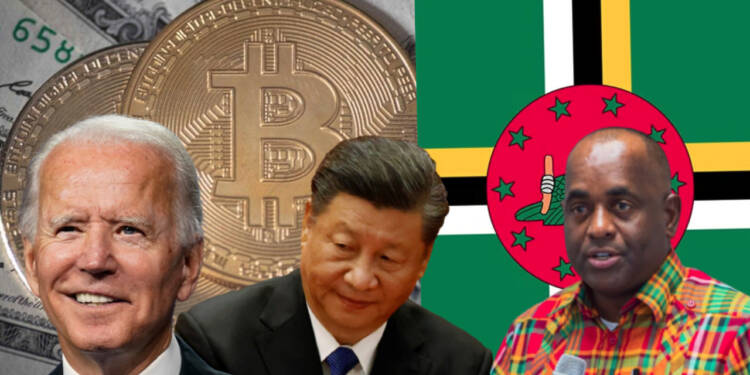 The Caribbean, it seems has become a haven for money laundering and smuggling. The weak laws and partially institutionalised structures are prevalent in countries such as Dominica, which has recently laid a red carpet for Chinese investments in the cryptocurrency sector, paving the way to financial uncertainty in the island countries.

Weak Laws in Dominica: A Boon For Beijing?

As laws are weak, corruption is prevalent in Dominica which could be doing the unthinkable by becoming a shield for powers to use these currencies for their own benefits. The Caribbean region is known for money laundering and improper governance which is the reason why the countries are getting squeezed by global powers. It is surprising that a company is coming from Seychelles to the Caribbean, a relatively unknown region.

The Chinese firm, Huobi is aspiring to put 200 employees out of its 1600 employees in Dominica. The knowledge of the English language among the Caribbean population will give an advantage to the company. This company has a valuation of $1.4 Billion, making this company the 13th largest crypto exchange firm globally. The PM of Dominica, Roosevelt Skerrit met with officials from the company to discuss this deal.

There is only one idea that China is obsessed with and that is Taiwan’s reunification with Mainland. For fulfilling its dream, China is incentivizing CARICOM countries, especially those which recognize Taiwan at the international level. Here, Dominica has become a shoulder for Beijing to cry on as the former recognizes the “One China” principle. The two countries are just trying to build ties on a one-sided approach with the dragon not looking at the real concerning issues of Dominica. It is just misusing Roseau’s institutions instead of strengthening them.

The cryptocurrency sector has become a new trend for the US and China to reach out to the Caribbean. Currencies are being traded and misused in confidentiality when it comes to flouting government rules because of inefficiency and lack of monitoring. The Chinese firm had looked towards the Bahamas and Panama but Dominica emerged as the exact hotspot for Huobi. Even, FTX moved from Hong Kong to the Bahamas, making this unknown island region known for “new types of activities.” Other crypto companies that have a presence in the Caribbean region include Binance, C-Trade, PrimeBit etc. The governments are providing incentives to use digital currency to ensure the raising of money.

Countries such as Washington and Beijing have spread their power politics into this sector where many companies are doubling their presence leading to economic repercussions for the smaller countries. Only these companies and their respective countries will be enjoying the fruits of such endeavours while the weaker countries will be bearing the brunt due to increased unlawful activities. Digital currency usage outside the official networks has underscored the need for developing countries to strengthen their crypto laws and a growing need for a central structure to monitor digital networks that are involved in currency smuggling. The Caribbean nations have to stand uptight against such invasions of economic superpowers, otherwise, they will never get out of the black hole of poverty, illiteracy, criminal activities and financial instability.