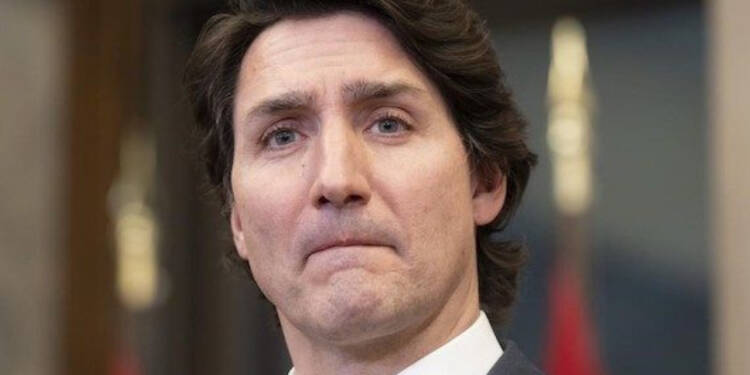 The Canadian Prime Minister wants the people of his country to dance to his tunes. Under his regime, the people are not entitled to the right to fly, enjoy a vacation, or peacefully protest. Trudeau’s government sits next in line to the communist regime in China, which ideally knows how to crack down on the fundamental rights of the people.

The cruel, unconstitutional, and never tapped before Emergency Act, which still remains etched in our memories, is a validation of this fact. Trudeau’s use of federal powers to invoke the Act to stop the Freedom Convoy was unconstitutional, and there was no legal ground to do so. The federal government exceeded its jurisdiction both constitutionally and legislatively. Though, the Federals had a different story to tell. They blamed the violence created by the protestors behind the invocation. But, were the protesters really violent? Let’s hear it from Canada’s top spy agency itself.

Days of inquiry into the unlawful invocation of the Emergency act Act have exposed Trudeau in every way. Even his lackeys can’t refrain from spitting the truth when brought into the witness box. This was enough for Trudeau to sit and weep in a corner, but CSIS’s recent revelations might have added to his ache.

According to the spy agency of Canada, CSIS, it cautioned that using the Emergencies Act could radicalize and incite violence among Canadians taking part in convoy protests.

The details are in an undated dossier from the Canadian Security Intelligence Service (CSIS) that is undated and was delivered on Monday at the Emergencies Act (EA) investigation. It came up during the testimony of Windsor Mayor Drew Dilkens on the blockade of the Ambassador Bridge last winter, which was one of several demonstrations against pandemic restrictions.

The paper discloses that CSIS informed the government that the act might have major and far-reaching collateral repercussions the day before the Trudeau administration used it on February 14 in response to the nationwide Freedom Convoy rallies.

“CSIS advised that the implementation of the EA would likely galvanize the anti-government narratives within the convoy and further the radicalization of some towards violence,” reads the document. The dossier also states that CSIS issued a warning that using the act could erode public trust in the government and inspire violence in some people with “extreme” viewpoints.

“CSIS advised that the invocation of the EA by the federal government would likely lead to the dispersing of the convoy within Ottawa but would likely increase the number of Canadians who hold extreme anti-government views and push some towards the belief that violence is the only solution to what they perceive as a broken system and government,” reads the document.

After the act was used on February 14, Canada’s spy agency expressed its worries about a potential rise in violence during a meeting that was not recorded in time.

As of Feb. 3, according to CSIS, there were no signs that participants in ideologically motivated violent extremism (IVME) were ready to use violence.

The agency also informed cabinet the day before cabinet actually invoked the act that there would be repercussions, even though doing so could end the Ottawa protest.

Trudeau must be in awe that his council, which was well-trained to lie, is exposing him. The act that caused three weeks of gridlock in Canada’s capital attracted attention from across the globe and was condemned heavily. But Trudeau and his council kept pulling their bacon out of the fire by blaming the protestors for the invocation. You see, from the government’s point of view, the violence happened first, and that’s when there was an urgent need to invoke such a law. But is there any proof that the protests were violent? No! The government crossed all the limits by calling the peaceful protestors “terrorists. In fact, the intelligence chief of the Ontario Provincial Police dropped a bombshell on the Canadian Prime Minister during the hearings when he revealed during the federal inquiry that he saw no “credible” information of a national security threat or extremist violence during the “Freedom Convoy” protests.

The government left no chance to portray protestors as terrorists or extremists or ultra-right wing, radicals, and whatnot! But, after Canada’s top spy agency testified and blamed the government, they must be running to save their skins.