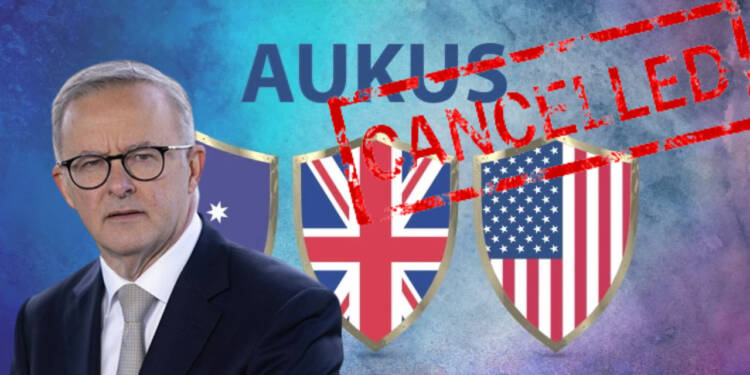 The AUKUS deal was a significant deal signed between the US, UK and Australia. It was seen as a major deterrent against China’s hegemonic tendencies. However, the new Australian government has time and again given signs to ward off AUKUS deal. It wasn’t just fooling around.

Australia joined a comprehensive security agreement, known as “AUKUS,” deal with the US and the UK in September 2021. Among its other provisions was the pooling of technology and knowledge to help Canberra develop and deploy a fleet of nuclear submarines by 2040.

The Albanese government changed Australia’s voting position on the treaty banning nuclear weapons to “abstain.” The relatively recent treaty forbids producing, testing, stockpiling, using, or threatening to use nuclear weapons—as well as assisting other nations in doing so.  The US has warned Australia against ratifying nuclear weapons ban treaty, claiming that doing so could jeopardise defence cooperation between the US and its allies.

According to US embassy in Canberra said the treaty “would not allow for US extended deterrence relationships, which are still necessary for international peace and security”.

Anthony Albanese, the prime minister of Australia, has advocated against nuclear weapons, calling them “the most destructive, inhumane, and indiscriminate weapons ever created.”

In July, Richard Marles, Australia’s new defence minister said that “high-tech armaments” were “more important” than “nuclear submarines,” which raised doubts about the AUKUS deal. That was the first signs from Albanese government toward the AUKUS deal. At Labor’s 2018 National Conference, Albanese moved the motion supporting the TPNW, stating that the work would not be simple or easy but that it would be “just.” The agreement went into effect last year and currently has 91 signatories, 68 of which have legally approved it.

The uranium used as fuel in US and UK submarines is 93 percent enriched, the same level used in their nuclear weapons. Because of this, the government of Albanese was looking to move to conventional submarines that are affordable, allowing Australia to purchase more of them and bolstering its coastal defence.

The United States is perturbed that any step by Australia to ban nuclear weapons would risk a rift between the two countries.

A representative for the US embassy told Guardian Australia, “While the United States understands and shares the desire to advance nuclear disarmament goals, we do not support the treaty on the prohibition of nuclear weapons.” “The United States does not believe that progress toward nuclear disarmament can be decoupled from the prevailing security threats in today’s world.”

Clearly, the warning doesn’t matter much as the Albanese government is against the use of nuclear weapons. The AUKUS deal would be directly impacted from it as it had provisions of developing AUKUS submarines in Australia.

But, signing the treaty would be the end of the AUKUS deal and a major loss to US military-industry complex. It’d be create tensions between Australia and USA which in turn will be loss of American power in Indo-Pacific region.