Blood diamonds: How do they fuel violence, and what Africa is doing to curb this 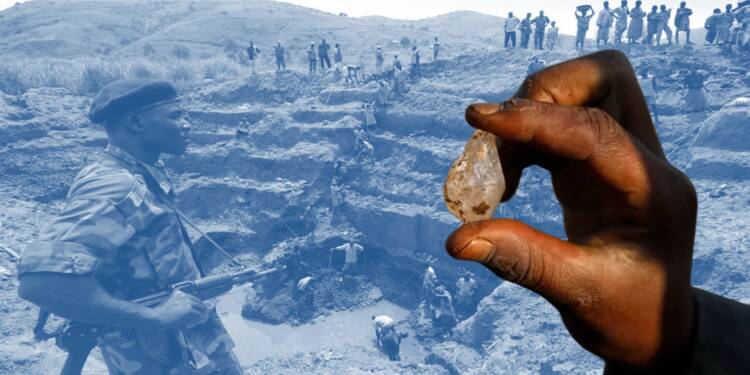 Blood diamonds are diamonds that are mined in territories which are under the control of terrorists and insurgent groups, which are seeking to overthrow the democratically elected governments. These precious minerals are sold to finance the weaponry and equipment which are therefore used to grab the power through force.

The concept of blood diamonds gained importance in the wake of numerous insurgent organizations in Africa in the 1990s which operated in regions rich in diamond. The diamonds which are mined in rebel-dominated regions were smuggled to nearby countries, where they were merged with legally mined diamonds and then sold in the market. The funds generated from the sales were used to fuel wars, instability and unrest which led to massive human rights abuses and atrocities.

The problem is that once a blood diamond has reached the processing stage and has been cut and polished, one cannot ascertain which one is mined legitimately and which one by illegal means. The world witnessed the blood diamonds, also known as conflict diamonds, when they found their way into the global market.

The UN in 2000 released a report on conflict diamonds which prompted the implication of De Beers Consolidated Mines Ltd, an international company involved in diamond mining, exploitation and trading.

Sierra Leone is rich in diamonds. After it attained independence in 1961 from Britain, a man named Siaka Stevens came to power. He brought authoritarianism and economic exploitation in Sierra Leone. People of Sierra Leone witnessed illegal diamond mining during his reign. Stevens nationalised Sierra Leone’s diamond mines and De Beers SLST by creating National Diamond Mining Co (NDMC). Stevens took control of the diamond mines through NDMC, he also gave the control to his associate who was a Lebanese Businessman named Jamil Mohammed. Steven’s rule witnessed a rapid fall in legal diamond mining from 2 million carats during the 1970 to 595,000 carats in 1980 and 48,000 carats in 1988.

After the end of Stevens’s rule, Sierra Leone was ravaged by rapid illegal diamond mining. In 1991, the African nation, which was plagued with corruption by an insensitive government, became a breeding ground for armed conflict. In March of that year, a terror group called Revolutionary United Front (RUF), launched a campaign of bloodshed in Sierra Leone.

RUF was founded by an army officer named Foday Sankoh who stated that he is representing the interests of common people who have been oppressed by the government. But, Sankoh was involved in widespread killings and barbaric acts.

The civil war was prevalent in diamond rich areas of Sierra Leone. RUF controlled the diamond mines and used the profit in financing its war crimes. The nation has been through an outright catastrophe.

Similarly, in Central African Republic, blood diamonds resulted in a genocide which led to the demise of thousands of its citizen. In fact, a report by The Enough Project, a group working to end resource-funded violence in Africa, uncovered that insurgent and terror organisations have managed to raise $3.87 million to $5.8 million through illegal diamond trade. To end this a process named Kimberley Process (KP) was initiated.

What is the Kimberley Process?

Kimberely Process (KP) is a scheme which is working to end the trade of blood diamonds and promote legitimate diamond trade. KP has forty nine member countries including the EU as well as people from the diamond industry and NGOs.

It verifies whether rough diamonds are from the conflict zones or not.

KP is named after Kimberley, the capital of the province of Northern Cape, South Africa where representatives from African diamond-rich nations met in 2000 to resolve the problem of conflict diamonds.

Ian Smillie, one of the founders of KP, stated that now just 5% to 10% of the world’s diamonds are sold illegally now which is a progress as it was 25% before 2003.

Now, Botswana has won the bid to host the permanent secretariat of the Kimberley Process. KP stated that it had selected Botswana with consensus to host its main office, which will start functioning from 2024.

Earlier there were five bidders but the list was reduced to three which included Botswana, China and Austria. The Botswana Diamond Hub coordinator told Reuters that Austria withdrew from the bidding which only left the African nation with China.

And now the country will lead the fight against blood diamonds whose prevalence caused decades of trauma and chaos in Africa.

The battle to eradicate conflict diamonds must involve Africa as the leading voice because the very problem of conflict diamonds originated from this continent. Botswana will ensure that one of the most precious mineral resources in the world is not being used to perpetrate anguish and crimes against humanity.