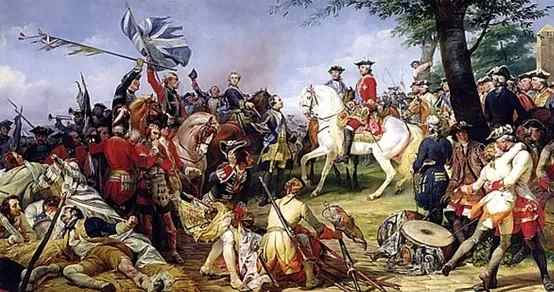 Carnatic War in Indian history, three wars have been fought under the Carnatic War. Carnatic wars were fought between the British and the French in the late eighteenth century. These wars were the result of the rivalry between the British and the French, and were also related to their competition for Europe. These wars were a part of the Anglo-French wars of the eighteenth century. Carnatic wars are called ‘Karnataka Wars’ because they were fought in the Karnataka state of India.

The first war of Carnatic is memorable for the battle of ‘St. Tome’. This war was fought between the French army and Nawab Anwaruddin of Karnataka. The conflict took place over the conquest of Madras by the French, which resulted in the French’s favor, as the French army under ‘Captain Paradise’ defeated the Indian army fighting under Mahfooz Khan at a place called ‘St. Tome’ on the ‘Admar River’. But defeated.

Dupleix’s ambition was fueled by the success of the First Carnatic War. But the second Carnatic war took place due to the disputed successions to the thrones of Hyderabad and Carnatic. Asaf Jah, who had established an independent kingdom in the Deccan, succeeded him. But his nephew Muzaffarjung challenged this claim. On the other hand, there was a dispute between Nawab Anwaruddin of Karnataka and his brother-in-law Chanda Saheb. French and British companies started provoking it further by supporting each other’s opposing faction.

The third war of Karnataka is considered an important part of the ‘Seven Years War’. In the ‘Seven Years War’, France started supporting Austria and England started supporting Prussia, as a result of which the war between the French and British forces started in India as well. In 1757 AD, the French government sent Count Lally to India to deal with this conflict. On the other hand, because of earning immense wealth by occupying Bengal, the British were able to conquer the Deccan.

What was the reason for the second Carnatic war?

The Second Carnatic War was caused by a struggle for power in the Hyderabad state by Indian claimants who sided with the British and the French. The war ended with the Treaty of Pondicherry in 1754 and the British gained dominance over the Carnatic region.

How did the Third Carnatic War end?

The war ended in 1763 with the Treaty of Paris. According to the treaty, Chandannagar and Pondicherry were returned to France, but they were prohibited from fortifying them or keeping troops in them.