David Lloyd George, Margaret Thatcher, Neville Chamberlain, these are the names of the former Prime Ministers of the UK who suffered from ‘Hubris syndrome’ and whose disastrous leadership caused damage on a large scale. So, will we be mistaken if we consider Trudeau to be the right fit to be next on the list? 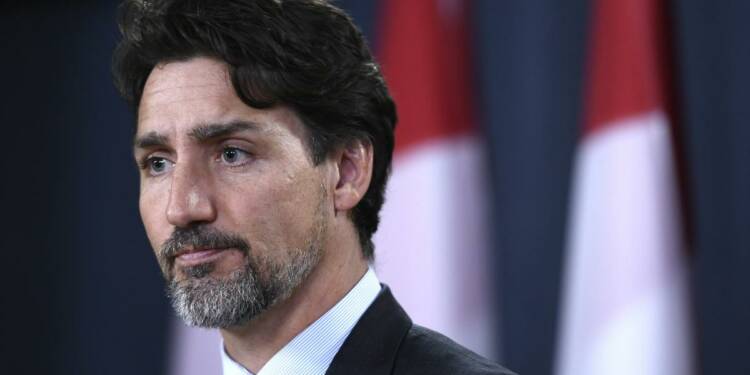 The Canadian Prime Minister is so absorbed in his own charisma that he has lost the ability to make rational decisions. He never shies away from snubbing his own colleagues and bossing them around. While we have been describing his behaviour with colloquial terms such as ‘madness’ or ‘he’s lost it’ perhaps these words never really captured the essence.

Inflated pride, excessive self-confidence, and disdain for others are the elements tied to a common thread, Hubris. How can we constructively consider one a leader who clumsily abuses their position of authority and endangers the lives of others? Some just perceive it as the most severe instance of typical behaviour along a narcissistic continuum. Others simply write off hubris as an ugly but understandable trait of individuals who desire power; an occupational danger of powerful leaders, politicians or leaders in the industry, the military, and academics.

So, can we blame Justin Trudeau’s haphazard and isolated decision-making for hubris syndrome? A few days back, when the deputy Prime Minister and the finance minister of Canada Chrystia Freeland, took a pledge to implement cost-cutting measures; her requests were side-lined. We all know how Justin Trudeau is running an extremely expensive government, that is only driving inflation up and the Canadian economy down. So, Chrystia Freeland, a few days back vowed to rein in governmental expenses and double down on cost-cutting measures.

But guess what, she was snubbed by her own boss, Canada’s Prime Minister Justin Trudeau.

She declared that her focus on the spring budget would be to implement cost-cutting measures. Her message was simple: to finance new projects, new funding will not be issued, instead, the needed money will have to be drawn from existing program cuts.

But Trudeau imposed his radical economic agenda over Freeland’s efforts to improve the Liberal Party’s economic credentials which eventually led Freeland to walk back on her own promises.

Also, the PM loses it when it comes to climate change. Most of the provinces in the country are constantly warning him and asking him to abandon his green agenda but his narcissistic or hubristic persona is not letting him.

Well, this is just one aspect of the profile. The other symptoms of the syndrome include excessive sexual intrepidness. Yes, trust your ears when we say this. Let’s take you back in time to when the 35th President of the United States John F. Kennedy made a statement. He said, “If I don’t have a lay for three days I get a headache.” Although John F Kennedy carefully cultivated the image of the devoted family man, he was possibly the most prolific philanderer ever to grace the Oval Office.

His record indicates that Kennedy had a penchant for using prostitutes and engaging in risqué, borderline criminally negligent, sexual escapades. He had multiple love affairs with famous actresses and icons as well.

Speaking of Trudeau, his track record has been largely fairer, but given the common traits and features that he shares with Kennedy, His wife Sophie Trudeau needs to be extra careful! So, we might not be wrong to consider the narcissistic Prime Minister of Canada as Hubris. And, the possession of this disorder is bound to destroy him internally.