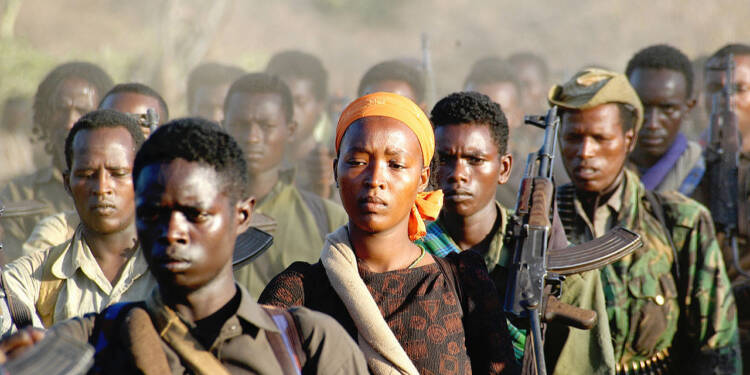 Since November 2020, a civil battle involving ethno-regional militias, the federal government, and the Eritrean military has been taking place in Ethiopia’s farthest north, Tigray. This conflict has drawn the attention of humanitarian organisations and outside parties.

Despite Tigrayans being an ethnic minority, the Tigray People’s Liberation Front (TPLF), the main political party representing Tigray, has a history of controlling leadership coalitions and politics at the national level. Meles Zenawi, a Tigrayan soldier-politician, ruled Ethiopia as an autocracy through a period of fast progress from 1991 and his death in 2012.

He conducted challenging discussions between Sudan and South Sudan during their 2011 separation and supported peacekeeping efforts in Sudan with the help of a coalition led by the TPLF. He also received aid from the US and the UK. Although each of these ethnic groupings is larger than the Tigrayan population, his rule failed to stop a horrific conflict with Eritrea, sidelined them, and established a centralised autocracy.

After his death, the TPLF maintained a similar style of rule in Ethiopia. With the election of Prime Minister Abiy Ahmed Ali in 2018, Tigrayan control over the federal government ended.US SUPPORT FOR TPLF:

US interests in Ethiopia

The TPLF has received political, military, and psychological assistance from the West, particularly the US, throughout the conflict. Since 1991, when all political parties other than the ruling coalition led by itself were outlawed, the TPLF had ruled Ethiopia as an authoritarian state with support from the US.

You see, the U.S. is interfering in the nation’s internal affairs under the guise of humanitarian concerns. All of its motives for betraying its regional friend are self-serving and zero-sum. The growing geopolitical independence of PM Abiy is unsettling to the United States.

Ethiopia is at a turning point where it may either pursue the path of further federalization to the point where its regions enjoy more autonomy than before, or it can continue on the path of centralization, as PM Abiy has endeavoured to do. The Ethiopian president is accused by the TPLF of defying the nation’s post-civil war federal structure, which is one of the TPLF’s main critiques of the Ethiopian leader.

If the TPLF is able to achieve extensive autonomy for its home region through force after attempting to do so peacefully but failing, this could then spark drastic reforms that advance its federalist agenda over the rest of the nation.

The U.S. would then take advantage of the potential for these regions to have extensive autonomy to put individual pressure on them to kowtow to America’s demands.

This is precisely why the TPLF-instigated conflict in Ethiopia was quickly taken advantage of by the U.S. to put pressure on PM Abiy to consider the organisation as his political equal. This was unacceptable to him since it would give the green light to all other organisations that attack the armed forces to further their political goals.

The Ethiopian leader was right to worry that it might also start a chain reaction that leads to the “Balkanization” of the nation, which would serve American interests by making Ethiopia fall under its sphere of influence. The U.S. claimed that his administration was engaging in ethnic cleansing in retaliation to his resistance.

American authorities were aware that this would draw attention from around the world, which they might then use to pressure his government on a multilateral basis. Nevertheless, PM Abiy persisted in fighting for national unity, refusing to back down.

The fall of TPLF in Ethiopia:

But not everything went according to America’s plans. The Tigray People’s Liberation Front (TPLF), continually appears to be on the verge of defeat after a two-year battle. Ethiopian and Eritrean forces are in charge of the majority of the important cities in Ethiopia’s Tigray Region.

It should be remembered that the OLA was formerly the armed component of the Oromo Liberation Front, a resistance group. In 2018, its members returned to Ethiopia after Prime Minister Abiy Ahmed extended invitations to political figures and exiled groups to do the same. But soon after, the military wing broke away from the party and started engaging in lethal combat with the military.

The United States’ “humanitarian imperialism strategy” toward Ethiopia, is highly detrimental. In order to delegitimize Prime Minister Abiy, the ENDF, and the political cause of national unity for which they are fighting, this policy also distorts perceptions of the situation in Tigray. The idea is to get more people in the world community to put pressure on Ethiopia until it finally feels forced to succumb politically.

As an undivided Ethiopia is against American interests, the objective is also to foster rebel forces so that the nation splits into smaller provinces.

However, this strategy has been shown to be ineffective.

Far from giving up, Ethiopia is intensifying its efforts and is now more determined than ever to carry the battle through. PM Abiy has demonstrated that African leaders can oppose the U.S., which may serve as an example for other African leaders who may later face similar pressure from America.

Particularly among the burgeoning powers and the rest of the Global South, Ethiopia is making allies and expanding its influence. Others have seen that there is an alternative to capitulation thanks to its principled resistance to the American hybrid assault against it. It is feasible to respond in a way that promotes national harmony.

American destabilisation schemes are not always proficient.  The Ethiopian government has shown that a fight if fought with the right intent can bring even the mighty American empire to its knees.