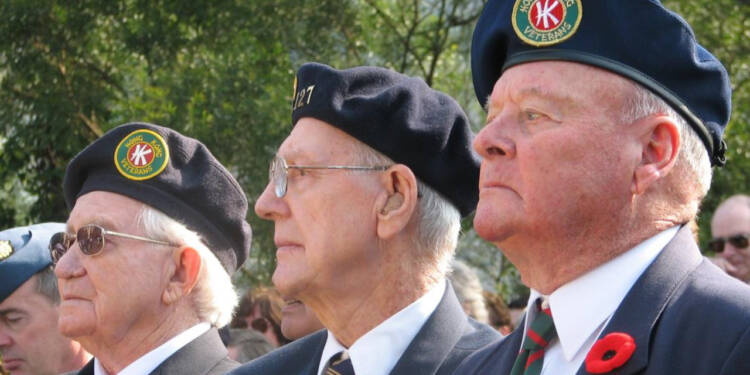 Trudeau Cambodia visit: Be it the women or children or even the military personnel of the country, the Canadian government cares for none. Till now, we’ve been seeing how the government has failed miserably to cater to the health disaster in the country. Women and children suffering and dying due to the lack of treatment on time. And now, even the military personnel are suffering in pain at the hands of Trudeau.

The struggling Canadian war veterans are down with military trauma. They have been banking on the liberal government for some help but probably they are backing the wrong horse. The government department of veteran affairs has been plagued with problems in how to provide benefits to disabled veterans. But, the government certainly has an option for them. And, which is to die willfully.

The liberal government has been running away from problems ever since coming to power and still stands firm in the face of the anger and frustration of the countrymen. A government inept at making hollow promises is now at odds even with the country’s own military. Men who served the nation are forced to suffer at the hands of the government only in Canada. And, the real problem is that the prime minister is too busy to address the issue. The Prime Minister doesn’t even have time to remember the veterans who lost their lives fighting for the country. He is busy wheeling up to other countries.

Trudeau had even skipped the 2018 Remembrance Day ceremony because he was in France for a global summit of world leaders commemorating the 100th anniversary of the end of the First World War.

A spokeswoman for the Royal Canadian Legion, which organizes and runs the national ceremony every year, said the prime minister and other key government representatives are always invited to attend.

“We are disappointed that he will not be present this year,” Nujma Bond said.

After announcing his scheduled visit to Cambodia, Justin Trudeau immediately met with backlash on Twitter. Many people expressed their dissatisfaction with the prime minister on Twitter. “Really couldn’t wait until after the Remembrance Day ceremony,” tweeted one person.

“Justin Trudeau left the country and will not be here to observe Remembrance Day,” a user named Keean Bexte tweeted. “Some things just don’t matter to him.”

There is no issue regarding the Prime Minister of a country going on an important diplomatic visit. However, what needs to be noted here is the constant effort by Trudeau to run away from the various issues and demands of the war veterans of the country. There are several concerns these veterans face, the government is paying no heed to. The Liberal government has been criticized for years for not living up to its promises to ill and injured veterans. That includes its failure to bring back a lifelong disability pension awarded to those in the Second World War and Korea, but not Afghanistan. More recently, these veterans remain deeply frustrated at ongoing delays, backlogs, and staff shortages at Veterans Affairs Canada. They have grown tired of the exceptionally high wait times to access mental health services and to get their benefits.

Dr. Dominique Morisano, a professor at the University of Toronto, believes that many veterans are not getting the care that they need. “As a result, many are desperately seeking alternate strategies and solutions to manage the symptoms that they’re feeling,” she says.

Veterans Affairs Minister Lawrence MacAulay agreed Tuesday that wait times at the department are too long, but insisted the Liberal government has hired hundreds of temporary staff to process claims.

Additionally, MacAulay’s average does not take into account the time that veterans must wait for a reassessment or an appeal if their initial claim is denied.

Owing to the incompetency of Veteran Affairs minister Lawrence McAulay, the Canadians have been calling for him to resign and the calls are getting louder every day.

But, MacAulay is standing firm in the face of anger and frustration at the Liberal government over ongoing delays, backlogs, and staff shortages and a call for his resignation. The liberal government has failed to tackle another disaster in the country- a disaster of its own making.

It is shameful that it is taking years for the government to acknowledge the injuries of the men who were at war and that it can’t provide benefits to disabled veterans. But, the prime minister hardly took any time to acknowledge that he was about to face the wrath of the angry veterans on the national remembrance day, and so, in a bid to save his face, Trudeau flew to visit Cambodia.