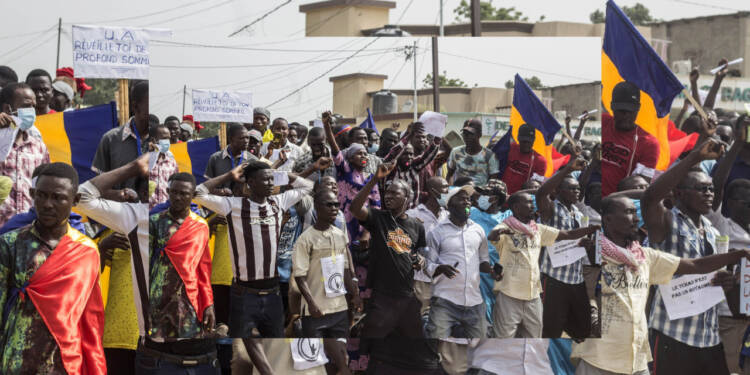 Chad is currently entangled in a grave political crisis. Following the passing of his father, Idriss Déby, the head of the transitional council, Mahamat Idriss Déby, is currently in charge of Chad. Days after being reelected, the 68-year-old former president was slain in April 2021 following confrontations with armed factions.

A national conversation started in August, and the transitional administration has committed to handing up power to civilian leadership in 18 months. However, Mahamat Deby will now hold onto power for another two years after declaring earlier this month that elections would be delayed until October 2024.

Meanwhile, opposition parties and leaders have been met with increasing levels of suppression, including the arrest and detention of at least 140 people in September. Some put the total much higher and say, opposition leaders, journalists and human rights activists are taken to a prison at Koro Toro, a charge denied by officials in Chad.

The people of Chad have demonstrated time and again that they are disgruntled with the current regime’s conduct. Recently hundreds of protesters flocked to the streets to voice their opposition to the country’s ongoing military administration. Prime Minister Saleh Kebzabo’s party headquarters was set on fire by protesters.

The April 2021 coup, which violated Chadian law, received almost little opposition from France, the United States, the African Union or really any other major power. French President Emmanuel Macron, even, purposefully sat next to Mahamat Deby at Idriss Deby’s funeral as a sign of Western support for Mahamat Deby.

You see, the former French colony is today a key Western outpost to help the West actualize its fantasies of dominating the Sahel, the enormous area straddling the Sahara and the Sudanese savanna. This is precisely why the military administration is still receiving assistance from Western nations, and Déby has received support in his campaign against political rivals and friends.

The African Union is one significant organisation that the West has used to maintain its influence in Chad. Make no mistake: the African Union is a pawn of the US. It has traditionally prioritised Western nations’ interests in Africa, even at the detriment of its own African population. This is the reason why the Union has chosen to disregard all the atrocities committed by the military junta since doing so would upset the Union’s American overlords.

However, the Union is increasingly coming under fire for allegedly turning a blind eye to the junta regime’s heinous violations of human rights. Recently, pro-democracy civil society organisations on the continent said that because the AU declined to punish Chad in the same manner as it had other wayward nations in the past, impunity had developed in N’Djamena.

The organisations expressed their concern over the deteriorating civilian situation in Chad in a letter to Namibia, the African Union Peace and Security Council’s (AUPSC) (15-member) November chair.

The breaches to AU norms focusing on rule of law and democracy strengthening as contained in the ACDEG are being undermined with impunity by General Mahamat Deby, and his junta,” they lamented.

All things considered, with the mounting opposition to the military regime, it is becoming increasingly uncomfortable for America to employ its puppets in the Union to divert attention from the rapidly deteriorating situation in Chad. The message is clear for the junta regime:  Break free from western confines and reestablish democracy in its purest form.