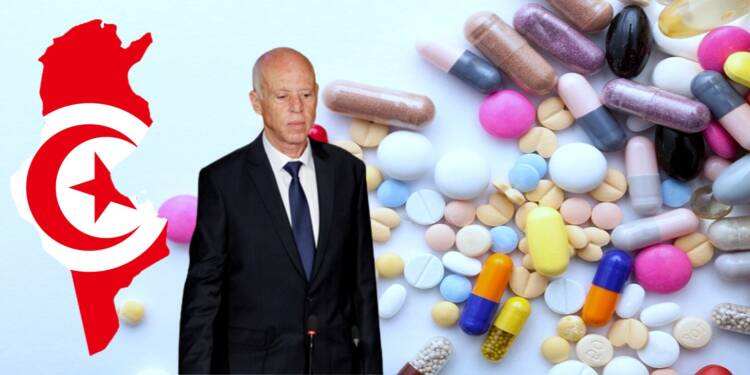 A country which believed that being an ally of the US and Europe should benefit from such an alliance but it is now facing the repercussions of West’s decisions. As now when it is confronted with a tremendous problem, the same nations on which it banked upon for years have left it to fend for itself. And now its companies, which deal in billions, are leaving as well.

Three big pharmaceutical companies are shutting down their operations in Tunisia. Bayer, Novarti and CSK have announced that they’ll close their plants in the country and Pfizer can follow suit if the government doesn’t step in.

Pharmaceutical investors in Tunisia stated that the government has not paid medicine manufacturers and it owes them $243 million.

Tunisia’s pharmaceutical sector shows the poor economic state of Tunisia which is struggling with low foreign exchange reserves and scarcity of essential goods.

Now, we at TFI explained to you that Tunisia has good ties with the West and considered it a partner which will look after its interests. The North African nation bought oil from Azerbaijan which is supported by NATO and food grains from Ukraine.

In fact, the US gave $60 million in financial assistance to help the people who are struggling with severe financial losses. Secretary of State Antony Blinken stated, “The United States continues to stand with the Tunisian people as they grapple with an ongoing economic crisis at home and confront food insecurity exacerbated by Russia’s aggression in Ukraine.”

Similarly, Tunisia received $400 million from the World Bank in its battle against COVID-19.

The West supplied Tunisia with essential commodities like oil, gas, food grains and other necessities but after the Ukraine-Russia crisis, it cut its supply and diverted it to Europe. As the West was confronted with inflation and recession in the wake of its sanctions on Russia, it started struggling for resources, therefore it appropriated the supplies which were meant for Tunisia.

Now, Tunisia is grappling with a severe economic crisis. It is seeing inflation, massive unemployment, and a shortage of necessities. The value of its currency, Dinar, has fallen, while costs of raw materials, fuel and other products have skyrocketed.

Basics like sugar, rice and vegetable oil are missing from supermarket and grocery shelves. People have to stand in queues for hours for their dailyneeds.

According to official data, one-third of the total population in Tunisia, which is more than four million citizens, live in poverty. This year, the inflation is estimated at 8.6% and the unemployment is 16%. The National Institute of Statistics stated that the inflation rate has risen by 0.4% in 2022.

People are calling on the government led by Prime Minister Najla Bouden to release more money in the market to curb price rise and ease the access to essential goods and services.

How will this impact Tunisia?

In light of such a situation, the decision by Bayer, Novartis and CSK to shut down their businesses in Tunisia will only add to its economic woes.

Pharmaceutical industry is one of the most important sectors of the economy of any nation, it meets 49% of medicines needs in Tunisia and employs more than 6,000 people. Therefore the decision to end their operations in the African nation will lead to huge losses.

Western corporations abandoning Tunisia amidst an economic crisis clearly shows that West is only interested in safeguarding and furthering its selfish interests which is money. They know that their move will increase the agony and suffering of the people who are the victims of countless blunders of a regime which refuses to acknowledge that its foreign policy as well as economic decisions have created a huge crisis in Tunisia.

People in Tunisia have lost their jobs, are experiencing food insecurity, they cannot feed their children and have to stand in line for hours for basics. And now this decision by these Western pharma companies will only escalate the trouble. This is a classic example of West abandoning its allies after exploiting them.

4 Caribbean nations have made the West go bonkers