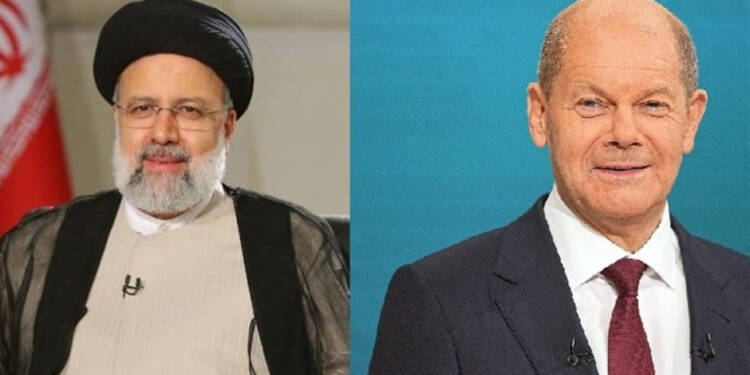 Germany is done with Biden’s imperialist objectives. It doesn’t want to be subjugated by Washington anymore. Therefore, it is looking to bypass US’ energy. Germany opted for US’ energy after the war in Ukraine began. But, Germany has now decided against it. Now, it’s looking towards Iran.

Yes, the same Iran that has been sanctioned by the West.

In 2020, Germany purchased more than 500,000 barrels of crude oil per day from Russia. If you are reliant on a country to this extent, how do you become independent of it? You get the oil and gas from other nations? But, the question arises, from whom?

By the end of this year, Europe hopes to reduce its imports of Russian oil by 90%. Nations are looking at Norway, the Middle East, the United States, and West Africa as alternatives. However, the task to find the alternatives have become tricky for the continent. Europe’s largest economy Germany is struggling to find substitutes for itself.

As per a recent report by Jerusalem Post, according to the chief economist of the partially state-owned Baden-Württemberg bank LBBW, Germany is in secret negotiations with the Islamic Republic of Iran to purchase its oil.

Moritz Kraemer, the chief economist of the Landesbank Baden-Württemberg (LBBW) said, “Intensive talks are already being held behind the scenes with Venezuela, Iran, or Algeria to cover Germany’s oil and gasoline needs.” The remark by Kraemer was made in relation to how Germany intends to meet its energy needs in light of the nation’s efforts to wean itself off its reliance on Russian gas. Moreover, it is still doubtful how Germany is looking to purchase oil and gas from Iran in spite of US sanctions.

US’ oil exports to Germany

US crude shipments to Europe in April hit their highest level since Congress lifted the ban on exports of domestic oil six years ago. While the US tries to replace the Russian oil exports to Germany, it has largely failed.

According to US Energy Department figures, it’s only able to export about 77,000 barrels per day which is less than one-sixth of the oil Berlin received from Moscow. Further, the US is relentlessly pursuing Germany to take part in the Ukraine war and send its weapons to the war-raged country. Germany has time and again shown that it wants to get out of the Ukraine war. The Biden administration also tried to frighten Germany with the FATF when it stated a month ago that Germany hadn’t done enough to combat money laundering. It’s nothing but another evil plan devised by the US and its allies to pull the marionette strings to control the country which has always toed its line.

Also Read: Exclusive: Germany wants out of Ukraine war but Biden is blackmailing it with FATF

Or it is possible that Germany may strike a nuclear agreement with Iran as the pressure to secure alternative energy source grows. The nuclear agreement would remove German sanctions on Iran’s energy industry and allow it to grow. This will be a major escalation in geopolitics. Germany has always been Iran’s top EU trading partner. In 2018, the German technical firm Krempl in Baden-Württemberg sold components for chemical missiles to Iranian merchants in Tehran.

It’s clear that Germany won’t bow down to the US and alter its foreign policy. This might just be the first step by Berlin after the Ukraine war when it has looked to openly defy the US and care about its own people. And, this may just be the beginning.