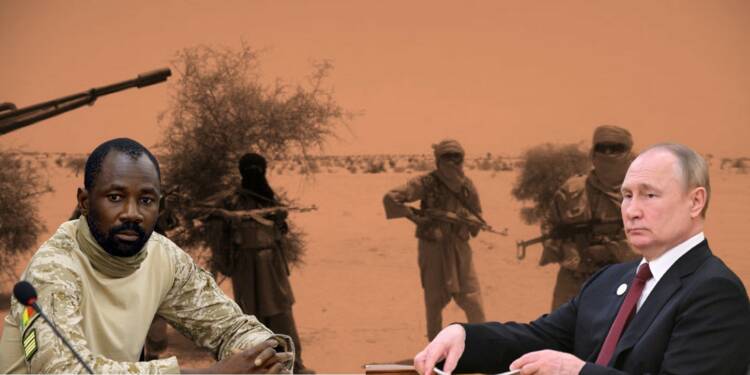 The Sahel region is rich in natural resources like gold, oil, and other minerals, it is also vulnerable to influence from superpowers like US. For a long time, Mali, a landlocked country in West Africa, acted as a Western enclave to support Western countries in keeping their influence in the Sahel. But things recently took a turn for the worst for the West when France announced that its military involvement in Mali was coming to an end. The phenomenon occurred due to the rise of Russia in the region. The Wagner Group, Moscow’s private militia, assisted it to rise in the region.

You see, the attitude toward Western nations in Mali and the Sahel changed dramatically between 2013 and 2021. The West, which was at first lauded as a savior, is now accused of failing to control the security situation and even encouraging neo-colonial dependency patterns.

Western countries also lost the Malian public’s confidence owing to a lack of accountability over civilian losses during military operations.

Assimi Goita the leader of military junta in Mali is largely successful at removing the ill-motivated forces from Mali’s territory. After the withdrawal of French forces, the United kingdom and West-backed Ivory Coast also pulled off their troops from Mali.

French troops in Mali before being pulled out (Source: AFRICA DIPLOMATIC)Furthermore, the Malian government and people have constantly complained about Western affiliation with “terrorists”. The French revived an older cooperation with the National Movement for the Liberation of Azawad (MNLA), a Tuareg secessionist group that was the main originator of the 2012 insurrection which culminated in jihadist control of much of northern Mali within months. Malian authorities consider the secessionist MNLA and its subsequent offshoots to be “terrorist” organizations. For many Malians, the French participation with the MNLA and support for the Malian state were irreconcilable. Since then, this issue has contributed to the deterioration of Franco-Malian ties, with many pundits referring to it as France’s “original sin.”

The ascent of Russia

This increased cynicism and antagonism towards what the Malians perceive as “colonial powers” has been coincided with an increasing faith in Russia. You see, Moscow has thus far had some degree of success in the region. The Malian Armed Forces are now more trained and equipped than they were a few years ago thanks to Russian assistance. The Russian mercenary group Wagner made its first big mission in a village called Moura, an area which has been controlled for several years by militants from the al-Qaida-linked, Group of Support for Islam and Muslims (GSIM).

And let’s be clear—the Wagner group has shocked the terrorist organizations in Mali.  In recent months, Nusrat al-Islam, the official affiliate of Al-Qaeda in Mali and the Sahel known as Jama’a Nusrat ul-Islam wa al-Muslimin (JNIM), has been referencing Wagner by name in the headlines of its communiqués.

In the backdrop of JNIM calling Wagner its biggest enemy suggests that these type of terrorist organizations operated comfortably when France was present in Mali. France being hand-in-glove with insurgent organizations had irked Mali which in return obliterated France’s influence in Mali and other countries in Sahel region.

Without a doubt, the Sahel countries’ support for Russia would rise as a result of these success stories. Many countries in the Sahel region view Russia as a reliable ally in the struggle against Islamism. This would also persuade other nations outside Sahel to consider Russia as a reliable strategic ally, especially in light of the West’s neocolonial ideology and hypocrisy regarding multilateralism, the use of force, and democracy.