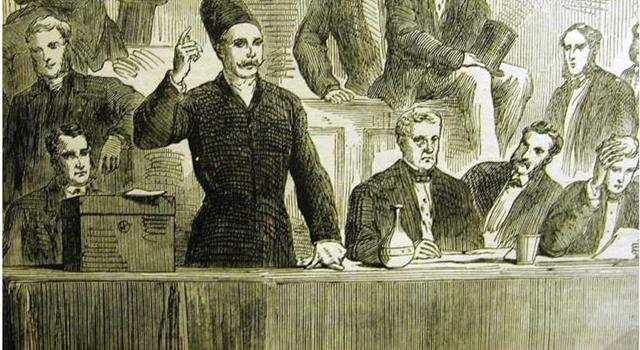 On 9 February 1883 the Ilbert Bill was introduced. It was designed by Sir Courtenay Peregrine Ilbert. At that time Lord Ripon was the Viceroy of that region. It tried to extend the jurisdiction of magistrates or sessions judges to charges against European British subjects who were not European themselves.

The Ilbert Bill was named after Courten Ilbert, who was a law member of the council of the Governor-General of India, who proposed it as a compromise between two previously suggested bills. But the bill’s introduction was met with intense opposition from British colonists in Britain and in India, which played on racial tensions before finally being seriously compromised in 1884. The intense controversy increased the hatred between the British and the Indians. This became a reason for the formation of the Indian National Congress in the next two years.

The British press in India spread rumors about how Indian judges would abuse their power to vent their anger on white English women. Publicity that Indian judges could not be trusted, including cases involving English women, helped generate significant support against the bill.

John Beames, a long-serving civil servant in India, said, “It is very unpleasant and offensive to all Europeans. This would seriously affect the prestige of British rule in India. It hides elements of revolution which may prove to be the ruin of the country in the long run”.

The English women who opposed the bill further argued that Bengali women, whom they perceived as “ignorant”, were neglected by their men and therefore the Bengali Babu should not be empowered to judge matters involving English women.

Whereas Bengali women supported the bill, claiming they were more educated than English women opposed to the bill. She also pointed out that more Indian women had academic degrees than British women at the time, including the fact that the University of Calcutta was the first to admit female graduates into its degree programs in 1878, well before any of the British universities. Became. Had done the same.

Also Read: Vernacular Press Act: Everything you want to know about this act

Solution of the controversy

First, as a result of the popular rejection of the Ilbert Bill by the majority of English women, Viceroy Ripon passed an amendment requiring a jury of 50% Europeans to face an Indian judge. Was. Finally, a solution was worked out through compromise: the jurisdiction to try Europeans would be equal to that of European and Indian district magistrates and sessions judges.

However, in all cases a defendant shall have the right to claim trial by a jury, at least half of whose members shall be European. The bill was then passed on 25 January 1884 as the Code of Criminal Procedure Amendment Act 1884, which came into force on 1 May that year.

Not Russia, the French people view USA as their biggest enemy