Bill C26: Trudeau’s tool to hack into your life, work and mind 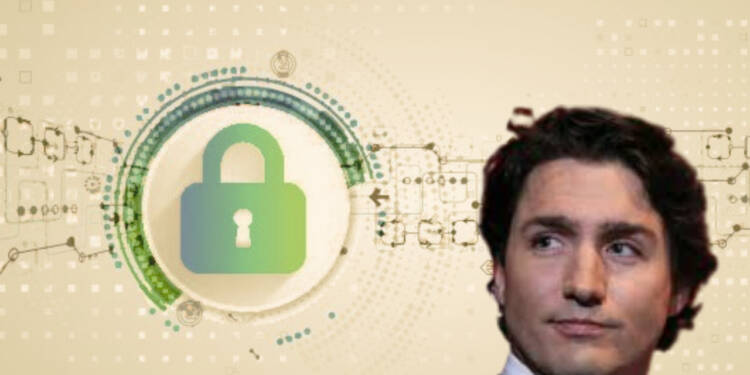 When a country is governed by an authoritarian government, the people are hacked in their lives, their work, and their minds. The government brings in secret laws and regulations to spy on its own people. Words like democratic values, accountability, and transparency just get reduced to being found only in the dictionary. And this is what is happening in Trudeau’s Canada.

The legislation in Trudeau’s Canada is flawed, with bills that raise the eyebrows of the people of the country. As if bills C-11 (Broadcasting Act amendments), C-27 (private sector and AI governance), S-7 (device searches at the border), and C-20 (long-awaited provisions for RCMP and CBSA oversight) weren’t enough, the already long list sees an addition in bill C26.

“Bill C26: An Act respecting cyber security, amending the Telecommunications Act, and making consequential amendments to other Acts” was introduced by the Canadian government on June 14, 2022. If it becomes law, it will fundamentally alter the Telecommunications Act and place new demands on companies that provide the crucial infrastructure that is subject to government regulation.

So basically, the government is now trying to exercise its power in the telecommunications sector in the name of cybersecurity.

In its current form, Bill C26 would provide the Minister of Industry with the authority to order telecommunications companies to take any action—or stop from taking any action—that is necessary to protect Canadian telecommunications networks from risks of interference, manipulation, or interruption. The Act would provide the Minister with the power to compel providers to reveal private information, allowing the Minister to disseminate that information extensively within the federal government and giving it the ability to contain both identifying and de-identified personal information. Furthermore, the Minister may disclose non-confidential material to other parties even if doing so may give rise to legal proceedings or private claims against a person or business.

Moreover, no responsibility for the accident would rest with the government should the minister or another party with whom the minister shares information accidentally lose control of it.

According to a researcher at a university think tank, the legislation is full of government secrecy and accountability deficiencies. Christopher Parsons, a senior research associate at the Citizen Lab, part of the University of Toronto’s Munk School of Global Affairs and Public Policy, recommended 30 amendments to the draft laws in order to limit the Minister of Industry’s authority.

“Should these recommendations or ones derived from them not be taken up, then the government will be creating legislation of the worst kind insofar as it will require the public—and telecommunications providers—to simply trust that the government knows what it is doing, is reaching the right decisions, and that no need exists for a broader public discussion concerning the kinds of protections that should be put in place to protect the cybersecurity of Canada’s telecommunications networks,” Parsons wrote.

“Cybersecurity cannot thrive on secretive and shadowy government edicts.” The government must amend its legislation to ensure its activities comport with Canada’s democratic values and the norms of transparency and accountability.”

The bill C26 in question is full of a series of deficiencies as it is presently drafted. The breadth of what the government might order a telecommunications provider to do is not sufficiently bounded. And the high confidentiality and secrecy requirements placed on telecom companies run the risk of creating a class of hidden laws and rules.

Moreover, there is a big chance that the federal government and its international partners will share information excessively.

It is obvious that more accountability and transparency standards for the government should be established. But, in an autocracy such as Canada, transparency and accountability hold no value. Since its introduction, the bill C26 has sparked widespread concern. In its current form, it is deeply problematic and needs fixing. The bill C26 undermines the privacy rights of the people and gives the government broad new authority over significant portions of the Canadian economy. To guarantee that Canadians can hold their government and security agencies accountable, we think these powers ought to be severely constrained and come with significant protections and reporting obligations.