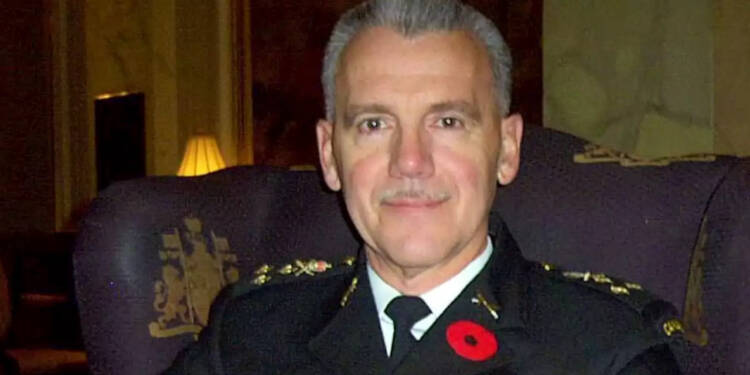 Michel Maisonneuve speech: No country is perfect. Even the most developed countries encounter obstacles that must be overcome. What is important, though, is how effectively the administration handles these obstacles. When a great nation like Canada is currently dealing with numerous crises, the Trudeau government has not been able to instil confidence in its citizens to implement the proper approach to deal with them. Common Canadians have been dealing with these issues for far too long, but now that the military of the nation, which has vowed to defend the country against all odds, is seeing the situation of today’s Canada, they can’t have it more. Some of them want to make things better by schooling today’s “woke” Canada. ’

At a Nov 9 gala in Ottawa while accepting the top defence award, Vimy Awad, Lt.-Gen. Michel Maisonneuve (retired) delivered a speech. An excerpt of the speech has been published in National Post. The general said that Canada, was once great, but it is faltering today. He believes that nation could be great again but it will require two things- good leadership and service.  But he says that these two crucial foundations of greatness for any nation have somehow become secondary — lost in these days of entitlement, “me first”, “not my problem” and endless subsidies and handouts.

Ex-general Michel Maisonneuve said great leaders are distinguished by their success, but when they fail, the leader must take responsibility. Accountability for the shortcomings is necessary, which is presently lacking at all levels of authority in Canada today.

The ex-general Michel Maisonneuve also called out the nation’s established media, which is not presenting a truthful illustration of facts.

He also called out green hypocrisy and claimed that  Canada’s prosperity is being sacrificed at the altar of climate change as opposed to being used to help the world transition to clean energy. He gave a reference to the absurd trend that today’s youth are following, a trend of throwing soup and paint or maple syrup at the world’s art treasures. He described this as heinous as it is useless and urged that the perpetrators should be punished, not celebrated.

The General Michel Maisonneuve lamented the pitiful state of the Canadian military today, saying that the service used to be a highly regarded profession, but today it is woefully underfunded, undermanned and under-appreciated.

Is he the first military man to elaborate on the awful state of today’s Canada and its military? No, earlier, the Chief of the Defence Staff, Gen. Wayne Eyre, also stated that the Canadian Armed Forces are under strain and are unprepared for any challenges, either internal or external.  The Canadian Armed Forces are reportedly suffering from an alarming shortage of recruits to fill thousands of vacant positions. Most Canadians do not want to join the military, and many are not aware of its operations. We had earlier highlighted some of the reasons for it. From lacking dynamic foreign and defence policy, to rising wokeism among young Canadians, and a decreasing nationalism sentiment, all account for it.

Much of the military’s plight is also the result of the Canadian administration’s approach, which does not prioritize the military. When experts and allies urge Canada to increase military spending, the government does not take note. The government is also reluctant to modernize the military. Even  Lt.-Gen. Michel Maisonneuve in his speech addressed the need to supply the military  with the cutting-edge tools they require, the best leadership, resources, and instruction to ensure their safety and success, as well as take care of them once they become veterans

Read more: Trudeau flees to Cambodia to escape the wrath of angry Veterans

But the government has also not done anything to assist the veterans. The Liberal government has been criticized for years for not living up to its promises to ill and injured veterans. These war veterans have experienced delays and problems with everything from their pensions to their medical care. Veterans are even calling for the resignation of the minister of Veterans Affairs Canada, but the officials have kept mum.

So at such a time, these words by the ex-military general Michel Maisonneuve must inspire Canadians. As the government veers off course, they must listen to those who have vowed to protect the country against all odds. The words must be followed, and concerned citizens must take action to make Canada great again!