Bill Gates embarks on a journey named "Scramble for Africa" 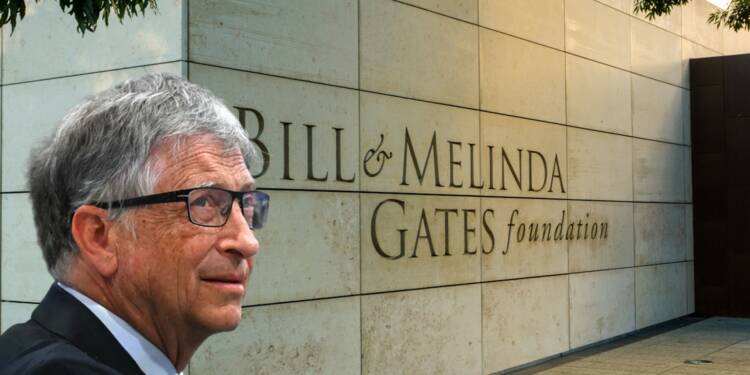 When it comes to his investments, Bill Gates has a dubious history. Although he is well-known for being a great philanthropist, few people are aware of his investment ventures. He seems more interested in profits than philanthropy when investing is the concern.

He appears to have accumulated a considerable fortune through making investments in significant pharmaceutical firms. Majority of these investments are made through the Bill & Melinda Gates Foundation. The investments Bill Gates and his wife choose to make through this foundation have drawn criticism in the past. Bill Gates has nevertheless been involved in the purchase of shares in several significant pharmaceutical firms, including Novartis, GSK, BioNTech, Pfizer, and others. Most of these businesses benefited greatly from the COVID-19 pandemic because they are all engaged in the production of vaccines. Bill Gates profited as a result of the expansion of these companies. Additionally, Gates came under fire for his backing of Big Pharma’s patent monopoly on COVID-19 immunizations, which effectively blocks people in many parts of the world from receiving the vaccine.

In the book ‘No Such Thing as a Free Gift: The Gates Foundation and the Price of Philanthropy’ Linsey McGoey writes that Bill Gates practices “philanthrocapitalism”. The author argues how Mr. Gates and some private donors play “an outsized role in national and global policy-making, wishing to ‘revolutionize the last realm untouched by the hyper-competitive, profit-oriented world of financial capitalism: the world of charitable giving.”

A project to keep Africa poor?

Of late, the American billionaire has been making significant grants and investments in Africa. Recently, The Bill & Melinda Gates Foundation said it was committing $7 billion to Africa over the next four years, as Bill Gates warned that the Ukraine crisis was reducing the amount of aid flowing to the continent.

The Foundation’s pledge, which is up 40% on the amount spent during the previous four years, will target projects tackling hunger, disease, poverty and gender inequality. Nigeria, Africa’s most populous country, will take the biggest share of this aid.

All sounds hunky dory, right? Well, there is more than what meets the eye. You see, for long, the developed Western nations have attempted to obstruct growth and undermine democracy by sponsoring parasitic organizations, environmental NGOs, and media outlets with foreign funds under the pretence of advocating for the environment and human rights.

Non-governmental organizations (NGOs) were traditionally thought of as benevolent organizations whose goal was to impartially and disinterestedly influence public policy. However, this impression has evolved. They are increasingly seen as organizations that prioritize their own ideas and act as vehicles for Western governments’ foreign policy objectives.

Since gaining notoriety in the years following World War II, these NGOs have drastically increased in size and importance. The New Policy Agenda, in which Western donor states emphasized the function of NGOs in democratization and service delivery, is mainly responsible for this expansion. Donors now have the authority to choose the development agenda, and NGOs have gradually transformed into useful idiots for the propagation of western hegemony.

The recent episode with Bill Gates foundation is no different. Western countries have always used such NGOs to provide subsidies and aids as a smokescreen to hide their “sustained looting” as the host counties lose nearly billions of dollars per year through tax evasion, climate change mitigation, and the flight of profits earned by foreign multinational corporations. The goal is to exploit the vulnerabilities of smaller countries, pulverize them in a web of aid and dependency, and then loot them of their resources.

Additionally, these charities support American efforts to execute regime change. The Bill Gates Foundation’s financial contributions at a time when important African nations like Nigeria are going to the polls cannot be merely coincidental. You see, recently, African nations have become more self-assured. They are unwilling to acquiesce to American demands. For instance, the Nigerian government has begun to regulate Western corporations that have long served as catalysts for the illegal oil theft of African countries. Thus, countries like Nigeria have evolved into a thorn in the flesh of the West. Perhaps this is why the West is now using its tried-and-tested tactic of intervening while pretending to provide aid from such NGO’s.

The countries in Africa should tread their foreign policy goals with extreme caution. Organizations like the Bill Gates foundation function as an aristocratic organization where the rules are written by and for America. Therefore, the African nations should regard any actions from these prejudiced organizations with prudence.