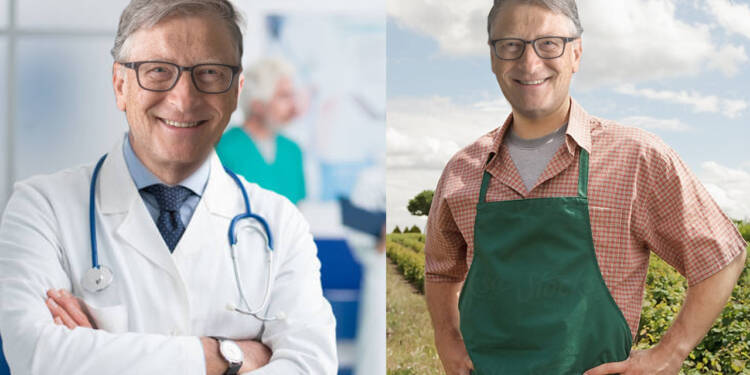 Bill Gates has a shady track record when it comes to his investments. He is known around the world as a tremendous humanitarian, but few people are aware of his investment endeavours. When it comes to investing, he appears to be more concerned with profits than with philanthropy.

Most of these investments are done through the Bill & Melinda Gates Foundation. Bill gates and his wife have been criticized for the choice of the investments they make through this foundation. Nonetheless, Bill Gates has been involved in the acquisition of shares in a number of major pharmaceutical companies, including Novartis, GSK, BioNTech, Pfizer, and others. Because most of these companies are involved in vaccine development, they made a lot of money when the COVID-19 pandemic hit the world. As a result, Bill Gates benefited as these businesses grew. Also, Gates was criticised for supporting Big Pharma’s patent monopoly on COVID-19 vaccinations, which essentially prevents people from getting the vaccine in many parts of the world.

In the book ‘No Such Thing as a Free Gift: The Gates Foundation and the Price of Philanthropy’ Linsey McGoey writes that Bill Gates practices “philanthrocapitalism”. The author argues how Mr Gates and some private donors play “an outsized role in national and global policy-making, wishing to ‘revolutionize the last realm untouched by the hyper-competitive, profit-oriented world of financial capitalism: the world of charitable giving”.

Bill Gates is also the largest private owner of farmlands in the United States. This has too drawn the wrath of his detractors. Gates owns over 242,000 acres of farmland in total, with assets worth more than $690 million; to put that in context, that’s nearly the size of Hong Kong.

When queried about his farmland purchases on Reddit in March while promoting his new book, “How to Avoid A Climate Disaster,” Bill Gates stated, “My investment group opted to do this.” “It has nothing to do with the climate.” He did admit, though, that more profitable farming techniques can aid in the reduction of deforestation in other parts of the globe.

This creates two issues: one, it may jeopardise food security by concentrating agricultural ownership in the hands of a single powerful individual, and two, it raises concerns for small farmers who are finding it difficult to compete in the market with the likes of Bill Gates.

Rippon-Butler, a farmer in upstate New York and the land campaigns director at the National Young Farmers Coalition said,  “If you’re looking at what this means for farmers on the ground looking to access land, there’s significant competition from nonfarmers, and that really affects young farmers because it means that the price that they’re trying to compete with on the marketplace is driven and determined by people who are not dependent on a farming income”.

Given the foregoing facts, it is clear that Bill Gates is attempting to monopolise these industries, and that such billionaires may hide their vast riches in these lucrative locations. For these reasons, it is fair to claim that Bill Gates is America’s most powerful doctor and richest farmer.

Read more: Musk has now locked horns with Bill Gates and the reason is “market”