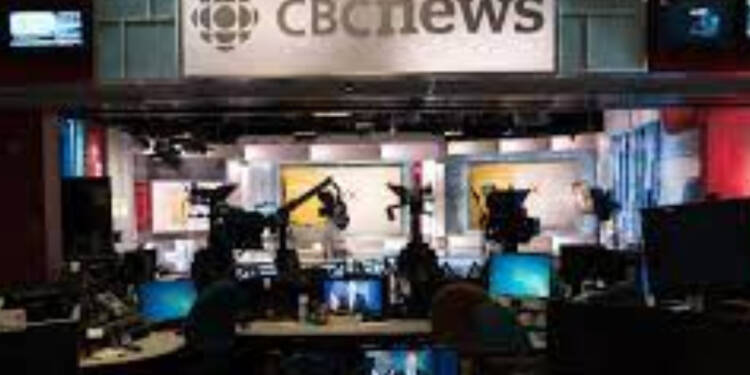 The prime minister of Canada worries about the stability of a media house more than the lives of the Canadians. At a time when restrictions became a norm in Canada and people’s rights were taken away with little to no justification, Trudeau was worried about the stability of its pet media portal- the CBC. In the pandemic, when nurses were struggling to meet their ends, and households were grappling with grocery bills, it was just the CBC which continued lavishing on the taxpayers’  money.

In the past two years, Canada never really came out of the Chinese virus scare with restrictions still going in full flow. Outdated approaches to federalism have resulted in insufficient collaboration around the procurement of essential goods and equipment, poor policy coordination (like travel and health policies), incoherent province-to-province health measures, and inconsistent public messaging.

When everyone was lambasting the inept attitude of the government, CBC employees were bathing in a pool of money. According to a report, Justin Trudeau’s pet CBC was giving out pay raises and bonuses while many Canadians were experiencing lockdowns, job losses, and pay cuts.

The CBC spent more than $51 million on incentives and pay rises between 2020 and 2021, according to documents obtained by the Canadian Taxpayers Federation.

The federal fiscal update delivered another “$42 million to help CBC recover from the pandemic,” according to the National Post.

In Budget 2021, the Trudeau government gave the CBC an extra $21 million to “ensure its stability during the pandemic.”

This additional revenue comes on top of the government funding the firm already receives on a yearly basis. The CBC receives around $1.2 billion annually from taxpayers.

The company employs roughly 7,500 people, works with 11 different labour unions, and has a website with information on more than 600 people. Its senior leadership team consists of eight people, and its board of directors has twelve members.

The documents, first obtained by Blacklock’s Reporter, show that in 2020 — Canada’s first COVID-19 case came in late January that year — the public broadcaster spent $15 million on bonuses to employees. In 2020, there were 1,034 full-time employees who received bonuses. On average, that’s about $14,500 per employee. Then, in 2021, with the pandemic in full swing, $15.3 million was paid out. There were 1,033 full-time employees who received bonuses. That’s an average of about $14,800 per employee.

What makes it dubious is that these bonuses were paid at a time when businesses, including the media industry, faced major disruptions because of the pandemic, with staff working from home and advertising revenue plummeting. During those days, Canada was slipping down to inflation with even the aviation industry sacking thousands in the name of Covid.

Now stating the obvious, CBC is a company funded by the government. Every now and then, CBC worked really hard to help the government with compromised reporting when the need occurred. The large viewership gave them the confidence to spill out anything in the garb of news.

Talks already circulated about the shrewd manner in which CBC underreported the cases during the peak time of the pandemic, back in 2021. Therefore, the report that emerged now only broadens the accusations levelled against CBC.

Now, if the papers uncovered by the independent news outlet CANADALAND are to be believed, Mansbridge received annual pay in excess of $800,000.

Read More: Prepare to get all booster shots or Trudeau will ‘restrict’ you

Canadians aren’t watching the CBC in the meantime. According to the non-government financed media website Blacklocks Reporter, 319,000 individuals watched the CBC’s local TV newscasts at 6 p.m. on 27 stations. This indicates that fewer than 1% of Canadians watch the news during suppertime. Then how is the media house lavishing such hefty salaries and payouts? Canadians are not that naive to understand the real big guy who pays the bonuses for the CBC employees.

The country became the site of a number of angry demonstrations as the loved ones of a horde of Canadians were losing their lives to the COVID-19 pandemic. Survivors’ relatives gathered to demand the government employ more staff in hospitals and spend more on healthcare, but what did the government actually do? As usual, it turned a deaf ear to the people’s cries and miseries, it kept on funnelling funds to maintain the stability of the CBC.