The West is proactive when it comes to blaming others 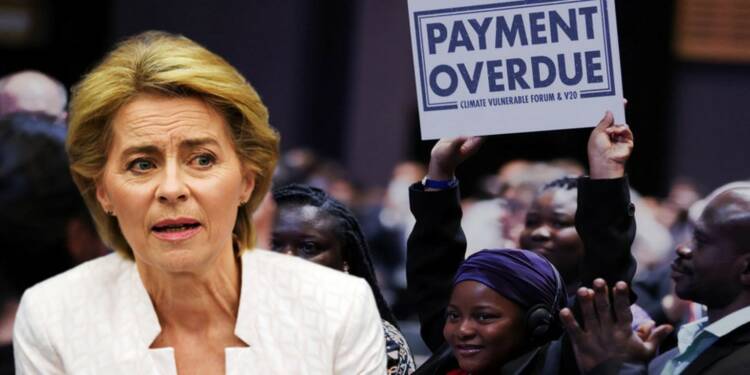 Climate change is a topic which has gained importance over the years courtesy the West. The growth of economies, development of technology and the rising needs of people around the world, have drastic implication on the planet. For quite a long time, we humans have forgotten what our actions have led to. But finally, after many research studies and natural disasters, we have come to a realization that something needs to be done.

Nations and their people which lost in the race of development, are tired of empty promises and want their leaders to take constructive actions. As the movement against climate emergency gains momentum on the international stage, the share of responsibility becomes the bone of contention. While most would agree with the concept that rich countries such as the US, UK, Canada, France among others are the highest contributors of global warming.

The arrogance and entitlement displayed by these nations have always obstructed any rational step in response to the climate crisis. Countless times developing states requested and called on the West to start taking responsibility for its actions, but unfortunately no progress has been made. The question arises here is, how can the battle against climate change move forward when rich countries refuse to even acknowledge that they are the main contributors of the crisis?

At the COP 27 summit in Egypt, countries from across the globe have gathered to come up with something meaningful that will resolve the issue. While disagreements are integral in such meetings, what is unfortunate, is a brazen attempt by Western leaders to shift the responsibility on other countries. The environment minister of Ireland, Eamon Ryan, started criticising the 1992 United Nations Framework Convention on Climate Change (UNFCCC) for differentiating between Global North and Global South.

The UNFCCC was an international treaty which defined the responsibility between the developed and developing countries. It stated that Global North which includes rich nations like the US and Europe need to do more as they are the biggest emitters. But according to Ryan, developing countries with growing economies must share the same responsibility as the West. He targeted China, India, Russia, Saudi Arabia, UAE, South Korea among others for climate change.

Read more: Why Egypt must not fall for ‘Western climate activism’ propaganda

In fact, the European Union blamed developing countries by demanding that a global climate fund must be established in which Asian and African states have to contribute as well. This is a shameful tactic by the West to blame poor states for climate change. As aforementioned before, poor nations do not bear responsibility for greenhouse gas emissions.

The EU needs to be reminded that its demand goes against the very principles of the Paris Agreement which it embraces. According to a study conducted by Carbon Brief, it was uncovered that countries like the US, UK, Canada and Australia have not met their promise to provide $100 billion by the year 2020 despite their high carbon emissions. The US gave only $7.6 billion when it was supposed to provide $40 billion, while Canada and Australia gave just a third of their share.

This is an issue which has attained utmost significance in the COP27. The former President of Maldives, Mohamed Nasheed, said that justice will be done when those who caused the climate crisis accept that this is a very critical situation which needs their urgent attention.

The fund is intended to facilitate the reduction of greenhouse gas emissions and make people adapt to the changing weather conditions. Several reports have been released which show that there will be an unprecedented climate disaster in the future and yet there is no clear plan and structure on how to avert the tragedy. It is clear that West is not interested when it comes to paying “loss and damages” but is proactive when it has shift the blame on others.