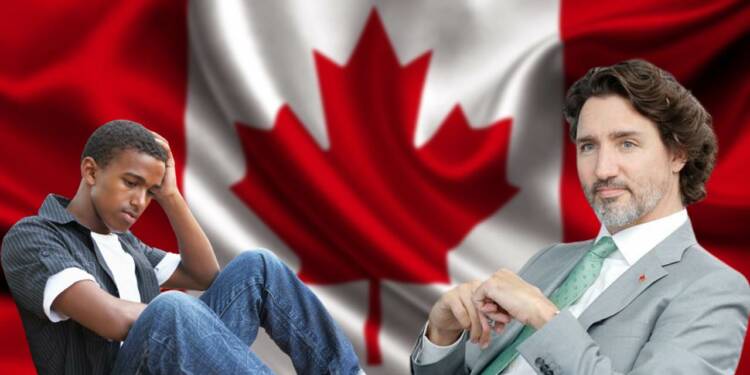 A country well known for its assimilative and accommodative nature, one which professes rolling out the red carpet of permanent residency to anyone who applies has just been unmasked. Indeed, the actions of the Liberals do not match their sugar coated and welcoming words. To know how, read the article further as we unmask the Canadian government’s veiled racism.

Denial of opportunity to a deserving student only because he or she belongs to a certain race and then to cover up this discrimination with vague reasons for rejection, can be one of the most absurd things to hear. In a recent report that was quietly released in September, it has been stated that the National Immigration Department accepts presence of racism not only in Canada but also within the organisation.  This acceptance of racial discrimination was with respect to granting of student visas to African students for higher studies, especially at the postgraduate and doctoral levels.

The rate of rejection of African applicants has been high for quite some time now, the reasons are best known to Mr. Trudeau and his government. According to federal data, the Canadian province of Quebec has the highest rejection rate of African students, around 70 percent from French-speaking African nations between 2017 and 2021. This alarmingly high rate of rejection just shows how deep the discriminatory roots of racism run even in Canada.

It is very easy to uphold the cause of racial discrimination and make a huge hue and cry about it. It is also very easy to gain popularity by melodramatically addressing such issues. However, Mr. Trudeau has forgotten the old saying. “Easier said than done”, and now he and his government have been cornered.

The hypocrisy is such that student applicants from African countries are also asked to divulge their financial details as to how they will be financing their tuition fees if at all they are admitted. An immigration lawyer on grounds of anonymity shared the experience of his client’s visa being rejected on grounds of ‘inappropriate financial means’. He further mentioned that the list of absurd reasons to reject visas is simply unending. The Canadian government fears that these students will not return to their country of origin once they complete their education in Canada. The Canadian government really needs to be tutored into making proper policies to deal with its own fears, rather than engaging in acts that are against the very basic nature of humanism.

Right to education is one of the basic human rights that should not be denied to any deserving student. The absurd rejection of visas is nothing but denial of not only education but also of an improved life for a family whose sufferings are not known to the Canadian government.

It is necessary for Mr. Trudeau to take responsibility and undo his wrongdoings of racial discrimination, if at all he intends to survive the wrath of not only ordinary Canadians but also of people around the world.